There are a lot of magic mods for Skyrim, but I’ve never seen one quite as ambitious as Arcanum. Instead of simply adding some flashy new spells with screen-melting visuals, Arcanum completely reimagines what being a mage in Skyrim is all about.

The elevator pitch for Arcanum is that it adds a tonne of brand new spells, all designed to serve a specific function within each of Skyrim’s schools of magic, and that by combining or focusing in these schools you can discover new combos that fit your particular playstyle. Modder Kosorsomesaykosm says Arcanum has been built with existing popular magic mods in mind, and that this project has come out of years of experimentation with those, as well as countless hours spent as a magic-using character.

Perhaps most interestingly, Arcanum is built so that players have new considerations to make when choosing a school of magic in which to specialise. And each of those schools has branches within it to further refine the way you play. You might think about it like choosing a class and subclass in Destiny 2, although here in Arcanum, you’re able to combine spells from whichever schools and focuses interest you the most. There are combinations to discover whether you specialize in one branch of magic, or browse from several.

That’s the plan, at least. Right now, Kosorsomesaykosm says about 100 of the 300 planned new spells are implemented in the mod. Most of those are available from spell vendors, but some you’ll have to find by slaying dragons or through spellcrafting. 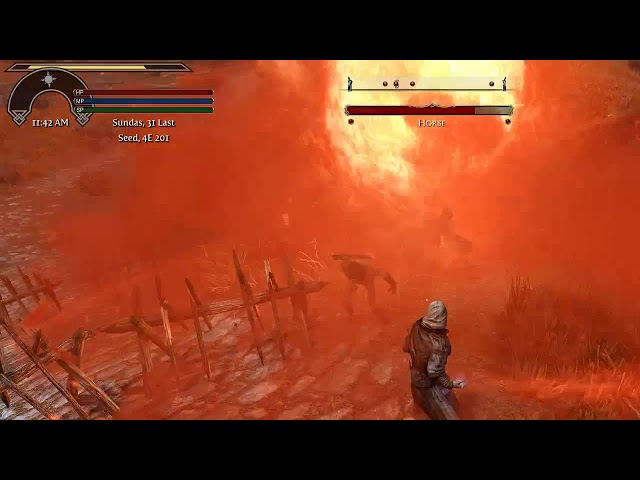 And even though it’s incomplete at this point, Arcanum’s spell list is already impressive. Destruction spells range from straightforward novice-level fire spells like Blazing Souls all the way up to master spells that control the weather. Combining or focusing in on fire, frost, and shock have unique effects, and it’s up to you to work out how these different spells synergize.

You can find Arcanum over at Nexus Mods, where you can currently download the 0.4b version. Kosorsomesaykosm anticipates the next big update will be available in mid-March, and that the plan going forward is to move on to adding in Restoration spells. Arcanum should work with any existing spell mods you have installed.