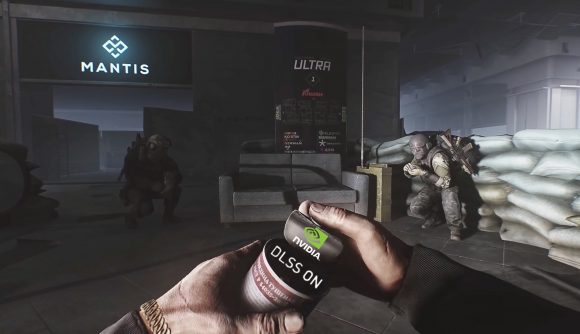 Nvidia DLSS is just around the corner for Escape from Tarkov players, as the update could be available as soon as this week. Deep Learning Super Sampling (DLSS) is a quick and easy way to boost fps if you own an Nvidia RTX graphics card, and we’ll take all the frames we can get considering the game’s still in beta and quite demanding on your gaming PC.

Developer Battlestate Games is working hard to optimise Escape From Tarkov and CEO Nikita Buyanov tells Twitch chat that Nvidia DLSS is “ready” (thanks Altchar). Although he doesn’t say exactly when the fps-enhancing feature will land, he says it’s “planned for the nearest patch,” which is expected sometime this week or next depending on any final creases that need ironing out.

Nvidia DLSS will arrive with four modes to choose from: DLSS disabled, DLSS Quality, DLSS Balanced, and DLSS Performance. Since there’s no sign of Ultra Performance and Ultra Quality, more settings might arrive at some point in the future. You can check out the differences for yourself by fast forwarding to 30 minutes into the presentation.

Alongside DLSS, Battlestate Games is also tinkering with AMD FSR, which Buyanov says will “will also be available in the game later.” Unfortunately, there’s no telling how long you’ll have to wait for FidelityFX Super Resolution, but it’s comforting to know compatible AMD graphics cards and GTX 10-series Nvidia GPUs will eventually be able to crank up Tarkov’s fps.

Upscaling tech is a welcome addition, but players are more interested in what Battlestate Games is doing to combat cheaters. While it might not seem like it, Buyanov says that the developer doesn’t wait to deploy anti-cheat patches once they’re ready to go, and there are “updates almost every day.”

Can your gaming monitor keep up with the newfound frames?