EVE Online is currently in the throes of what may well be its biggest war to date. The powerful Imperium (more commonly known as the Goonswarm Federation), historically the largest and wealthiest alliance in New Eden, finds itself beset on both ‘sides’ of its large territory by a coalition called the PandaFam Alliance Please Ignore – itself comprised of a constellation of concerns including The Winter Coalition, Test Alliance Please Ignore, and the Legacy Coalition.

Even by EVE standards, its a staggering number of organisations wrapped up in a war of unprecedented scale. EVE Online periodically sees huge wars break out between the leading powers in its massive galactic simulation, and while it’s amazing enough to look at the real-world value represented by the ships lost in major battles, what’s perhaps more astonishing is that, because EVE functions like a real-world economy, these wars can be won or lost largely on the basis of bullshit.

To put the war in the simplest possible terms, the situation is roughly this: The Goonswarm has its main area of control centralised in a network of star systems called Delve. A group of relatively unaffiliated systems called Test Alliance Please Ignore and the Legacy Coalition decided not to renew its non-aggression pact with the Goonswarm in June, and instead joined the growing coalition of alliances that was angling to wipe Goonswarm off the galactic map.

“The Imperium has more supercapitals than any other single group in the game,” explains Jessica Kenyon, an EVE Online community developer who goes by CCP Aurora in the game. “However, against the coalition, I think that number is in doubt. It’s possible that we’re now seeing the largest supercapital force in the game up against a combined force which is slightly larger than theirs.”

Because morale is the key factor, if you believe enough of your own bullshit, it becomes your reality

The key words here are “possible” and “slightly”: it’s rare in EVE (and in real-world history) for a war to break out between powers of massively asymmetric strength. In order to keep fighting, the outcome usually needs to be uncertain enough for both sides to believe they have at least a chance of emerging victorious.

On October 5, ‘World War Bee 2’ entered its current phase, with the PAPI Coalition attempting to establish a beachhead in Delve that would allow supercapital ships to warp into the region. To do that, PAPI forces would need a Keepstar – a massive, incredibly costly citadel that allows players to dock supercapital ships and project them over a large area of surrounding space. That day, the PAPI forces made their first attempt to anchor a Keepstar in Goonspace, at a system called FWST-8. The Goonswarm Federation was ready, however – in a battle involving some 4,700 players, the Keepstar was destroyed.

A battle near a Keepstar in FWST-8. Image by Andreas Jones / Razorien

PAPI tried again the following day, and by then, word had gotten out that the big push into Delve had begun. This time, more than 8,700 players turned out for the battle, making it the largest in EVE Online history and setting a new world record. Again, the Keepstar was destroyed while trying to anchor in the system.

On October 11, PAPI attacked in system 319-3D, again bringing a ‘bubble-wrapped’ Keepstar shrouded in warp interdiction bubbles into Imperium-controlled space. 5,000 ships took part in another massive battle, and again, the Keepstar was destroyed while attempting to anchor. On October 16, the PAPI Coalition tried again in 319-3D, with 7,000 pilots showing up to fight. The Keepstar was anchored successfully this time, only to be destroyed 24 hours later as PAPI was still bringing it online.

Finally, on October 17, coalition forces anchored a Keepstar in system YZ9-F6. 4,000 pilots participated in the ensuing battle, but this time – with Imperium forces depleted – the coalition was able to bring the structure online the next day.

It being the fifth in a series of bubble-wrapped Keepstars, the citadel was instantly named ‘Bubble-on 5’ by the successful PAPI coalition members. Now with a strong foothold in the Imperium’s home turf, the PAPI coalition is poised to strike further into Delve, threatening the Goonswarm’s massive mining and ISK production base.

This has been a handy summary of the war to this point, courtesy of CCP itself. From here on out, the picture gets quite a bit more difficult to read.

As Kenyon sees it, the war could go a couple of different ways. The Imperium, playing defence, has a major strategic advantage while fighting in star clusters it controls – its ships can flit back and forth between systems using gates that aren’t accessible to the invaders. That makes organisation and coordination much easier. Its task is also more straightforward: simply extract as much blood from PAPI coalition assault forces as possible, grinding down the tip of its spear.

But it probably won’t be simply a matter of raw numbers. Kenyon points out that wars never end with the complete destruction of one side’s combat power; wars end when one side stops wanting to fight.

When players no longer feel like they have a shot at winning, something just snaps in the structure of the group

“What officially ends a war is when one side’s morale breaks,” she explains. “So when those players no longer feel like they have a shot at winning, something just sort of snaps in the social structure of the group. Which, as EVE players have come to commonly call it, creates a fail cascade.

“Failscading is generally a failure of social morale, and not of the actual physical logistics involved in maintaining their group,” Kenyon says. “So that tends to be the more important factor: how the people on each side feel, [rather] than their actual firepower.” A failscade can start when slightly too few capsuleers show up for a particular battle, which leads to a loss, which leads to fewer capsuleers showing up for the next battle… and then, perhaps, people stop showing up altogether.

That’s where propaganda comes in – or as it’s currently called in EVE, ‘spin.’ Kenyon says CCP’s developers have watched in real-time as sides generate spin in the immediate aftermath of major battles, and it’s a fascinating thing: regardless of outcome, both sides confidently assure their respective members that they won. One conflict, two different stories. 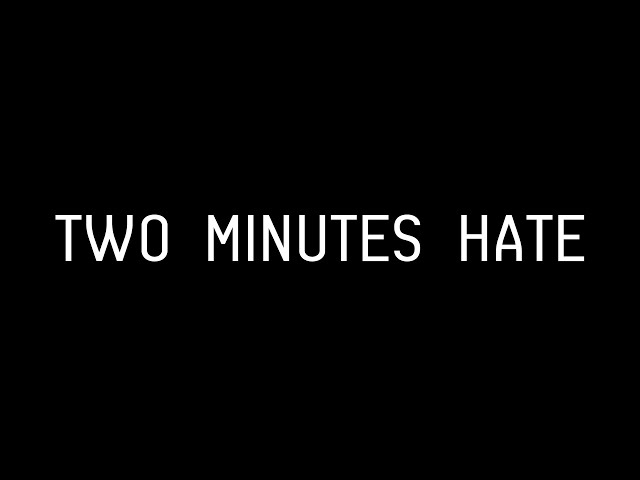 Spin is everywhere in EVE now, whether it’s the official messageboards, subreddits, or popular Twitch streams. Brisc Rubal – a real-life Washington lobbyist named Brian Schoeneman – is one of the Imperium’s most prominent voices. And naturally, he’s an expert at spin.

“I think nobody can disagree, he’s the head of propaganda for the Goonswarm,” EVE Online brand director Saemundur Hermannsson says, in a tone of genuine respect. “He was streaming all day on a Tuesday or something for 14 hours, explaining the war. It felt like an election night.”

The silver-haired Brisc appears on streams in a well-appointed room, often with a highball of scotch and usually wearing his DC Beltway suit and tie – he projects success and easy confidence, and it’s not hard to see how he’s secured a place for himself on EVE’s Council of Stellar Management and as the chief spin doctor for the Imperium.

Dunk Dinkle serves in much the same role for the Brave Collective, one of the groups in the broader PAPI-Anaconda-Snek coalition currently staking out a foothold in Delve. His outward appearance could hardly be more different from that of Brisc Rubal – he appears in videos wearing a T-shirt, sometimes accessorized with a Space Invaders sport coat. But he projects the same reassuring confidence, often while casually handling honeycombs covered in bees – which happen to be the most recognisable symbol of the Goonswarm. 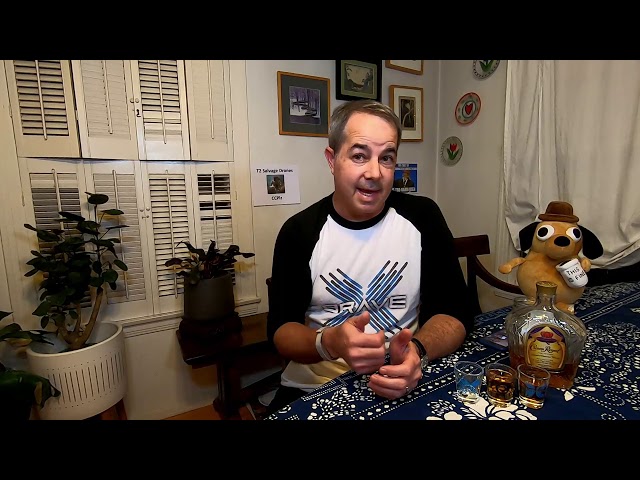 Both Brisc and Dunk are presenting verifiable information along with the obvious pageantry, and all of it is part of what they see as their responsibility to motivate their sides to continue fighting the war – which as Dunk points out could easily continue for the next several months. They’re looking at the same battles, but spinning them in different ways, each to their own advantage.

EVE players do as much spinning for their own sides as they do to try to demoralise their opponents. Dunk even takes it a step further in the video above, spinning about spin itself by giving off the air of the ever-generous sportsman who can afford to give his opponents a bit of a break and claim the moral high ground in the EVE meme wars.

What goes on in battle only decide the propaganda and morale battle to some degree, Kenyon says. “You’ll also get it in public spaces like Reddit or Twitter or whatnot, where the two sides are coming at each other. But a lot of it is just sort of this internal cycle. The most important part for most people is having a good story that they’re contributing to. They need a story that they’re all a part of, that they all understand, that keeps them motivated. And that story is the driving force, I think, for a lot of individual players – it’s being that part of something bigger.”

The stories are essential to the war efforts, because wars tend to demand a lot of time from players. They need compelling reasons to log in for long sessions, and in many cases they’re putting massive amounts of sunk time at risk. A supercapital ship is an enormous investment of time and in-game resources, and when it’s gone, it’s gone for real.

“Because morale tends to be that key factor, if you believe enough of your own bullshit, it becomes your reality,” Kenyon says. “The reality underneath starts to kind of fade away, it doesn’t really matter anymore.”

EVE Online’s current war could stretch on indefinitely, or it could wrap up in a few decisive battles that erupt in the coming weeks – right now, it’s impossible to predict what will happen.

“We almost get shy when these moments happen,” says EVE Online creative director Bergur Finnbogason. “We theorise about these kinds of things, and we try to plan, but it’s impossible to map these battles out. We can’t write these stories. This is the power of giving people the tools to write their own stories.”

But EVE players are doing more than simply writing their own stories – they’re also creating spin for those stories, ginning up competing explanations for what’s going on in a complex universe that defies reduction to a single narrative.

The outcome of World War Bee 2 – and the scale it eventually reaches – will almost certainly come down to which side is the better bullshitter.