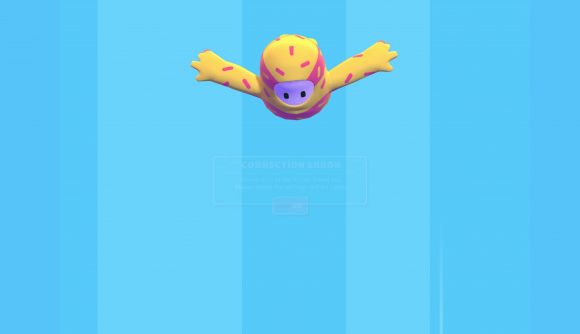 You can’t play Fall Guys right now, because there are too many Fall Guys. Seriously. Fall Guys, the game, is impossible to play at the moment because too many Fall Guys (i.e. you) are trying to connect. Developer Mediatonic says it’s working on getting things ready for its first weekend as a live game.

If you hop into Fall Guys right now, you’ll be able to pop around the menus, but trying to get into a game will immediately prompt a ‘connection error’ message, which will bump you back to the main menu when you click OK. In the past, you could still queue up for games during high traffic periods, but it could take a long time before you actually connected to one. Now, Fall Guys is just bumping you out while it gets things fixed up.

Mediatonic has been keeping players up to date with a separate technical support Twitter account called the Fall Guys Server Owl. According to this owl (obviously it’s an owl, look at the profile picture), the team has gotten a lot of requests for a game update. “We’re still working super hard on getting things all prepped for the weekend,” it says. “Thank you so much for your patience, we know this isn’t fun!”

HOOT! A lot of requests for an update – we're still working super hard on getting things all prepped for the weekend. Thank you so much for your patience, we know this isn't fun!

We will let you know as soon as things have stablised and you're good to hop back in!

That puts it comfortably in Steam’s top five most-played games of the day, peaking above both Rust and Grand Theft Auto V – at least, when you can play it, that is. The only games that have higher peaks are Steam’s titans: PlayerUnknown’s Battlegrounds, Dota 2, and Counter-Strike: Global Offensive.

Who knew a weird little battle royale game about clumsy jelly bean people would one day take on the very best Steam games in town? Hopefully, Fall Guys will be back online soon.