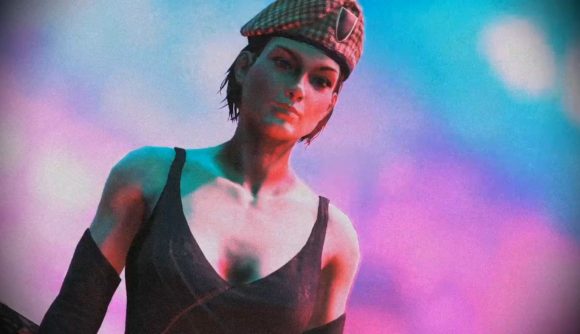 The bombs may have fallen and turned the surface of the earth into a blasted hellscape full of mutants and dangerous radiation, but the bard remains. Nuclear MMORPG Fallout 76, as we’ve already seen, has a lively contingent of Shakespeare fans active in its community, and last week they staged a reading of some of ol’ Will’s best sonnets.

“While Shakespeare may not have written about our present condition – living in the wasteland and the nuclear apocalypse, fighting every day for survival with threats of human and nature kind – it is these sonnets that recapture a glimpse of our humanity,” host Northern Harvest said to open the festival, which was held in the Wasteland Theatre Company’s Swan Theatre in New Gad.

The festival featured readings of 14 of Shakespeare’s 154 sonnets, and readings were both performed live on PlayStation 4 and recorded in advance on both Xbox and PC. These pre-recorded readings were played on holotapes distributed to the audience for playback on their PipBoys. Northern Harvest kicked things off with a live reading of Sonnet 129, ‘Th’expense of spirit in a waste of shame.’

You can watch the full performance here:

“This sonnet reflects the danger of lust,” Northern Harvest explained by way of introduction. “But here in the wasteland, we are plagued by another deadly sin: bloodlust. It’s a violence that ends our humanity, a trap that ensnares us in our struggle over each other’s survival.”

The next live reader chose Sonnet 34, which she said felt almost as though Shakespeare had written it for Fallout’s vision of the wasteland. “It’s very bittersweet to live here, because you love it, but it’s very treacherous,” she explained before beginning her reading.

The audience sat peacefully in the Swan Theatre’s arbour-themed gallery, with armed security guards posted outside to deal with any of Fallout 76’s many threats.

“The event felt just like a university English department’s poetry night, if you’ve ever been to one,” Northern Harvest tells us. “I feel this is such a unique way for players in an MMO to express themselves, especially since many of us are unable to gather at real-life events due to the pandemic.”