Fallout 76’s first multiplayer raid opens this week, welcoming players to Vault 94 – or at least, what’s left of it. Bethesda has provided some new details on how the raid will work and what you stand to gain from venturing into the dungeon, which will be the first instanced area in Fallout 76.

The backstory for Vault 94 is that it was filled with peaceful gardening types, who had a rude awakening when the doors opened one year after the bombs fell. Everything we’ve seen about Vault 94 so far suggests that it’s now full of mutated plants, including the shot of the atrium above.

“Vault 94 remains, although its inhabitants are long gone, and it has been completely overrun by nature,” Bethesda’s blog post explains. “Yet, something within now threatens its destruction.”

This raid, however, is split into three missions, and these will show up over the course of the next few weeks. The first, “Dead in the Water,” arrives August 20, with “Meltdown” and “Washout” showing up August 27 and September 3. The missions will shut down for about three hours at the end of each week to prepare for the next one. Also of note, as Eurogamer points out, is that these missions will be the first in Fallout 76 to be instanced, meaning once you’ve entered Vault 94, players outside your group won’t be able to affect your game. 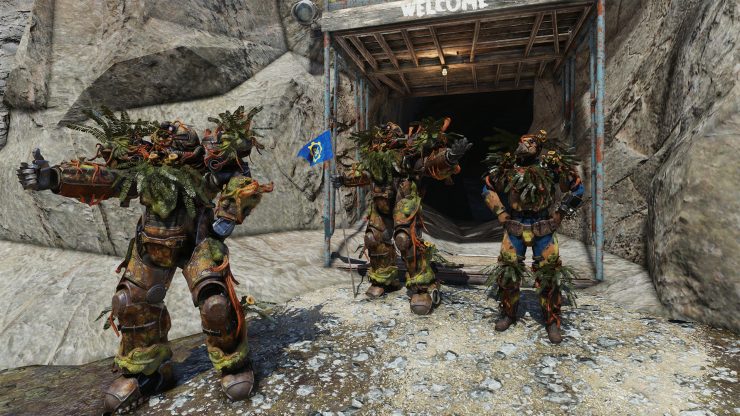 Each of these will be available in Novice, Standard, and Expert difficulty modes. Bethesda says Novice difficulty is untimed, while Standard and Expert impose increasingly difficult time restrictions, as well as tougher fights. Players can earn rewards once per day, per difficulty, for each mission.

Those rewards will include the expected experience points, weapons, and caps, plus new plans and a new material called Vault 94 Steel, which you’ll need in order to craft the new Vault armor. Once you’ve crafted that armor, it’s account-bound, meaning you can’t drop, trade, or sell it.

There’s more to look forward to from Fallout 76, as Bethesda revealed at this year’s QuakeCon. A new Nuclear Winter battle royale map is on the way, as well as private servers.