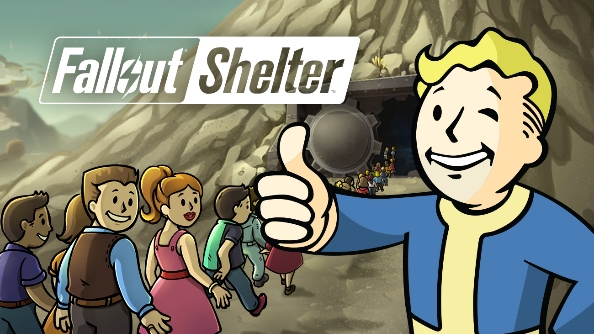 That’s more or less all that Hines had to say about Fallout Shelter, although there’s some interesting information that can be gleaned from his brief comment. At Bethesda’s E3 conference in 2018, veteran director Todd Howard told fans that the game had been downloaded 120 million times since its launch at E3 2015 (are you sensing a theme here?). That means that Fallout Shelter has been downloaded a further 30 million times over the course of the last 12 months, and is barely slowing down its pace over the past few years.

What we didn’t see any sign of, however, is the rumoured sequel to the game. Reports have recently surfaced regarding something called Fallout Shelter Online. Bethesda says that the mobile game, which boasts more features than its predecessor, is only releasing in China, but rumours had suggested that it might also be heading to the West.

Sadly, however, that doesn’t appear to have been the case, and Hines’ comments on the matter were strictly limited to the original game’s new milestone.

Jumping in? Check out our Fallout 76 leveling guide

Much of the rest of Bethesda’s conference focused on Fallout 76, and it looks like the developers have been busy. The Appalachian Wasteland is getting a new battle royale called Nuclear Winter, a free trial, and a massive new update. Fallout 76: Wastelanders is due later this year, and brings human NPCs, dialogue choices, and a whole bunch of new quests and gear to West Virginia.