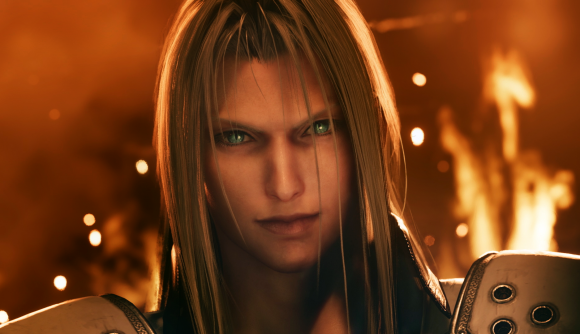 After over a year and a half of waiting, Final Fantasy VII Remake is finally out on PC as an Epic Games Store exclusive – but players aren’t happy, with many reporting poor performance, stuttering, and the lack of graphics options. Worse still, modders digging into the port’s files have found that Square Enix seems to have released a debug build.

It’s long been rumoured that the Final Fantasy VII Remake would come to PC, so there was much rejoicing from fans when it was finally announced at the Game Awards last week for a surprise release on December 16. However, beyond the tough hardware requirements and ridiculously inflated price point, the celebration turned sour when players discovered how the port ran.

As Digital Foundry’s Alex Battaglia calls it, Final Fantasy VII Remake “is literally the worst AAA release I have seen on PC in a good long time”. Massive stuttering issues, framerate drops, and the lack of crucial graphics settings like anti-aliasing or toggles for pretty much any option to improve performance all mar the experience.

Worse still, these issues may be down to something modders digging into the game’s files have discovered – which is that the build of Final Fantasy VII Remake on PC seems to be a debug version rather than a version ready for shipping. The files refer to the released version as a “PPBC_Development” build when it should be “PPBC_Shipping” for a final, polished release.

Alert: Alex sent his clips over for us to check out and, yeah, the PC port of FFVIIR is terrible. He captured this using an RTX3090 + 10900k at just 1080p and it's a mess. The smooth presentation was central to its story telling and this version compromises it. https://t.co/wE9Wj1OAEz

For a much better – and cheaper – Final Fantasy experience, Final Fantasy XIV: Endwalker has just released and our reviewer called it “an expansion that’s better than it has any right to be”. It might be worth sticking with that while Final Fantasy VII players wait for a patch.