Ten years. Ten years have passed since the Warriors of Light began their journey in Final Fantasy XIV Online. That journey got off to a rotten start, but after a soft reboot in 2013, this beloved MMO just keeps getting better. Eight years, 25 million registered players, and now four expansions later, the story arc that began with A Realm Reborn finally comes to an end, and somehow, somehow, Square Enix has done it justice.

A new threat, the prophesied Final Days, is at the heart of Endwalker’s narrative. Once believed to be deities, it’s now known that Hydaelyn and Zodiark are merely enemy forces in a deeper struggle that’s also ensnared your character, the villainous Zenos Yae Galvus, and your companions the Scions of the Seventh Dawn. A cosmic apocalypse might cause one’s perspective to drift, but this expansion is full of intimate, human stories that keep you rooted, and really make you feel just how high the stakes are.

Because while the Final Days are coming, there’s a more immediate conflict raging through Eorzea: a Garlean civil war is leaving a trail of death and devastation across a nation that was once the most powerful enemy of the free people. Those days are long gone, as years of conflict have reduced the Garlean Empire to ashes.

Between the world ending and the collapse of a proud nation, an air of grief and gloom pervades this expansion, but you won’t spend the whole time trudging through ruins. There are six new areas, including Thavnair, Old Sharlayan, the aforementioned Garlemald and, naturally, the Moon. The lunar sojourn will understandably garner the most attention, but Endwalker – which you can buy here, coincidentally – does a superb job of bringing to life several different cultures and civilisations that were barely mentioned before. 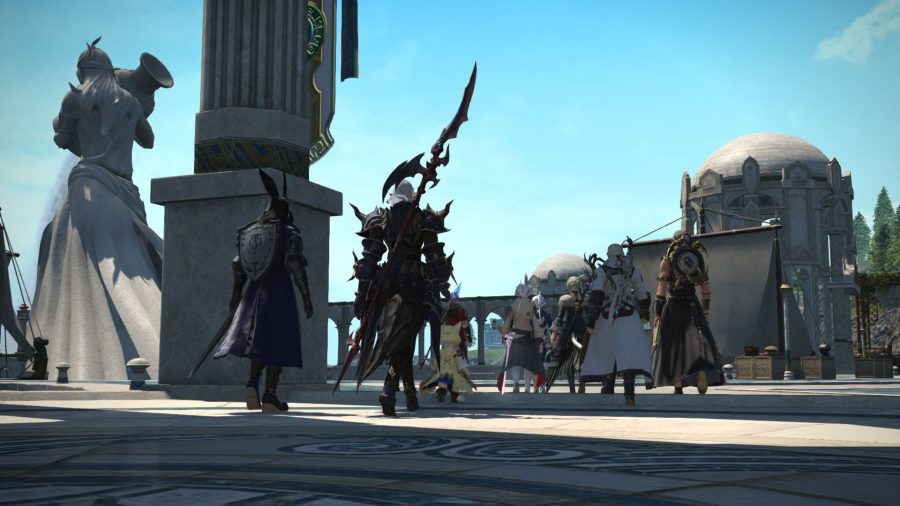 From Thavnair’s vibrant buildings, temple architecture, and narrow, winding streets, to the pristine white structures of Old Sharlayan, and the ashen wasteland of Garlemald, each region is distinct and bursting with character.

A cosmic apocalypse might cause one's perspective to drift, but Endwalker is full of intimate, human stories

Masayoshi Soken’s stirring compositions are also beautifully matched to their surroundings. Funereal marching music crackles out of barely functioning radios as you wander through desolate Garlemald, while the bright and balmy wilderness of Thavnair is backed by an explosion of ebullient drums, surging vocals, and plinking guitars.

With so much emphasis on worldbuilding and setting, it’s no surprise that Endwalker has fewer notable combat encounters and dungeons than most expansions, and even those are punctuated by key story moments. But what it lacks in quantity, Endwalker gains in quality: these dungeons and trials are among the best in the MMO. 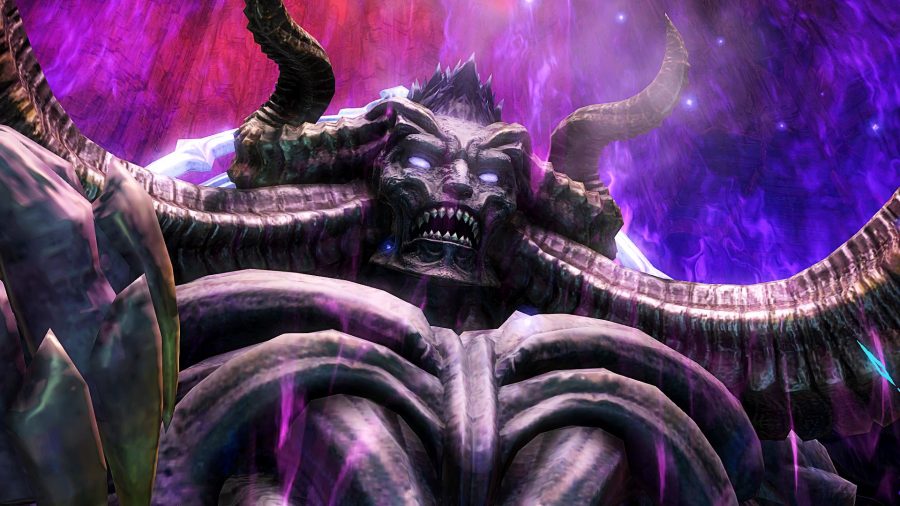 Mechanically, Endwalker’s dungeons, solo duties, and trials involve a level of knowledge that can feel demanding considering how infrequent these battles are. You’ll need to know how a variety of area-of-effect attacks and positioning mechanics work to stand up to any of Endwalker’s bosses, but mercifully, every encounter is readable and easy to learn.

The dungeons and trials are among the best in the MMO

Movement is the driving force of each boss fight, and between the telegraphs and AoE cones of light, most arenas end up resembling a dance floor rather than a battlefield. You might have to shift between corresponding coloured zones, run around dodging meteor showers, or avoid entering the same area as your allies.

There’s enough variety, both in terms of boss mechanics and the attacks themselves, that these fights never lose their lustre. That’s just as well, because you’ll want to repeat them once or twice to keep pace with the expansion’s leveling curve. 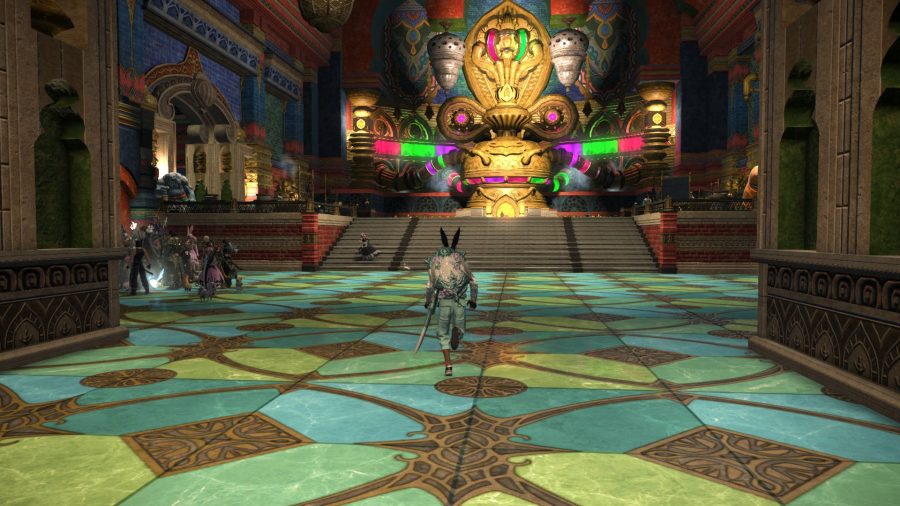 The two new jobs, Reaper and Sage, are relatively easy to learn, and as their questlines are independent of the main story, you can try either of them out at any point.

The Reaper job is a Melee DPS class (yes, another one) with great mobility that lets you quickly dart in and out of fights, cutting enemies to ribbons with your scythe before they can even react to your presence. Its moveset is flashy and fluid, and there are plenty of close-quarters abilities you can use to fill your Soul Gauge. Do that and you can continue wailing on enemies with several skills that invoke your avatar, a shadowy being that erupts out of your body, allowing you to reel off aggressive, cool-sounding skills like blood stalk, gibbet, or guillotine.

On the opposite end of the spectrum is the Sage, a healer with several HP-recovery tools for you and your party in the form of Prognosis, Physis, and Pepsis. While these are powerful enough on their own, you can buff them by using the Kardion effect, which provides more efficient restorative bonuses as you attack with DPS techniques like Dyskrasia, Phlegma, or Dosis. These combine with a useful mobility tool in Icarus to make Sage one of the most versatile healers in FFXIV, capable of maintaining consistent healing and damage output provided you can keep up with the combos. 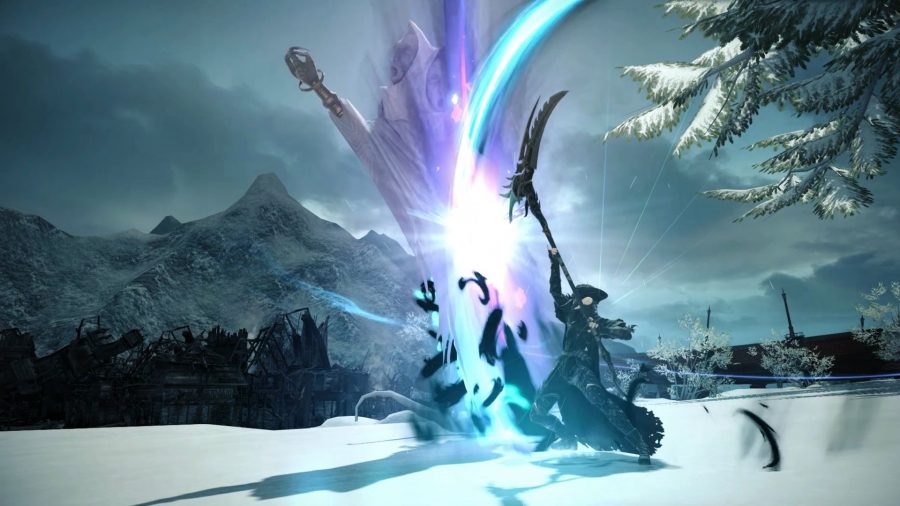 While your fellow Scions of the Seventh Dawn play a supportive role in all your endeavours across Final Fantasy XIV, they’re not exactly secondary characters. Indeed, it often feels as if they’re as integral to the story as your Warrior of Light. In the face of the impending apocalypse, Endwalker succeeds in further developing these characters in ways that are unexpected and deeply personal.

Throughout the MMO’s tenure, the Scions of the Seventh Dawn have been powerful warriors and scholars, but first and foremost they are your friends, and Endwalker constantly reminds you of that through sincere and genuinely emotional cutscenes – these succeed in balancing humour and tenderness against the horrors of civil war and the world’s imminent end. Endwalker’s perspective is often surprisingly personal – not many MMOs could pull off a lengthy cutscene in which you’re simply sharing dinner with your friends in your room. A new follower mechanic – in which you chat with companions as you wander between quest markers – doubles down on this intimate storytelling.

As the conclusion of a massive story arc, Endwalker has to deal with a lot of plot threads. When you first start playing, it seems as if there are so many unresolved plots and hanging questions that to wrap them all up, or at the very least, satisfactorily address them all, would be impossible. 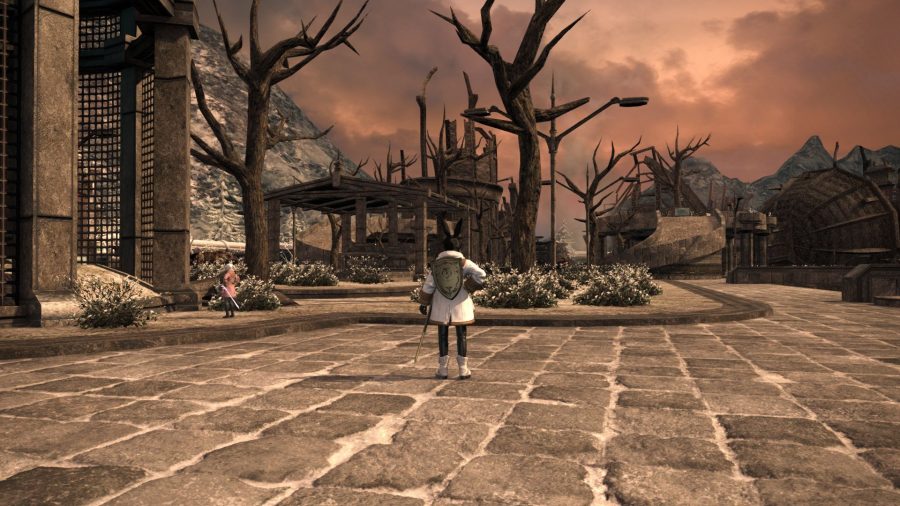 While the first quarter of the main quest struggles with slow pacing, it serves the purpose of introducing new regions very well, and the remainder of Endwalker ramps up considerably as it approaches each critical climax. Whether concluding a bloody war, defeating sworn enemies, or even meeting new characters, Endwalker somehow brings the many, many storylines of Final Fantasy XIV to a satisfying conclusion.

Not all of those climaxes can top this remarkable MMO’s previous peaks, but there are very few disappointing moments, and with millions of players invested over a decade it feels like a miracle that everything has been pulled together so neatly. And through it all, Square Enix makes you feel like a pivotal part of the story. So while it may be time to bid farewell to this era of FFXIV, Endwalker feels like a celebration of what an incredible journey it’s been.

An expansion that's better than it has any right to be, Endwalker succeeds at wrapping up a decade-long story arc providing a satisfying send-off for players.