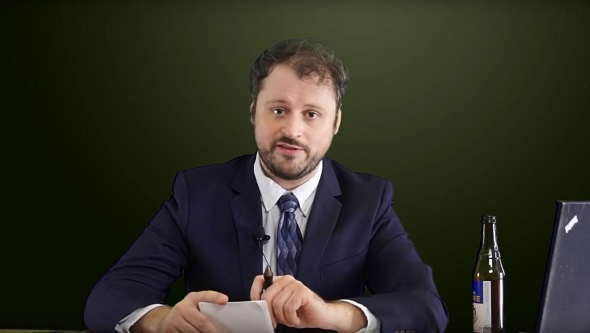 Final Fantasy XV finally arrived on PC this year, and it has its own long story of fraught development. But there’s a good chance that the series might have once been headed in an entirely different direction, helmed for the first time by a non-Japanese studio.

Meanwhile, check out our list of the very best role-playing games on PC.

YouTuber SuperBunnyHop, otherwise known as George Weidman, says he’s talked with several Eidos Montreal developers who claim the studio had spent more than a year working on a game they thought for a while would become the next Final Fantasy until it was cancelled sometime in 2013. You can watch his full report above.

Weidman’s sources – who he says weren’t aware of each other or the nature of his research – independently told him that Eidos Montreal had come up with an idea for an original IP, an epic sci-fi opera featuring a love triangle and interplanetary travel, after the critical and commercial success of Deus Ex: Human Revolution. They wanted to make a game that was a bit like Final Fantasy in space.

Square Enix’s then-president Yoichi Wada liked the idea and gave the Montreal team the go-ahead to start developing their idea as the next Final Fantasy.

Naturally, that didn’t come to pass. Square Enix’s directors didn’t like the idea, and Weidman provides historical context for the decision, as well as a bit of speculation on why things didn’t pan out. If nothing else, it does explain Eidos’ “missing year” and some of the executive-level departures that have happened in the two companies over the past five years.

It’s a compelling story supported by Weidman’s excellent reporting, but since there’s no way to independently confirm the information from his anonymous sources, it’s best to treat it, as he says himself, as “an elaborately specific rumor.”