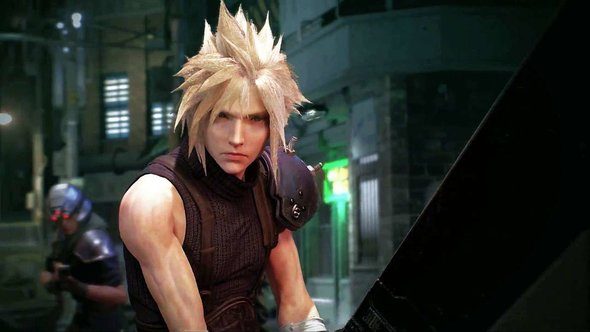 The twists and turns in the creation of the Final Fantasy 7 remake continue, as Square Enix move development entirely in-house. This runs contrary to what has been happening for the past couple of years, with Japanese studio CyberConnect2 having worked on the title up until this point.

For a more traditionally PC roleplaying experience, check out our list of the best RPGs.

Naoki Hamaguchi, the guy who has been heading up the development for Mobius Final Fantasy, has now been assigned to run the project. In a recent YouTube broadcast, the Final Fantasy 13 veteran explained that “so far, development has been carried out mainly with the support of external partners. However, in view of factors such as improving quality when the product goes into mass production in the future, the company has decided to shift the developmental system back to within the company, so as to maintain a stable schedule and have control over factors such as quality. We will be forming a robust system within the company to properly carry out the development.”

This is in-line with Square Enix’sprevious announcementthat the success of Nier: Automata had persuaded them to outsource mid-level titles and focus their own team on bigger releases. It also follows a heavy recruitment drive by the Japanese publisher, which saw them urgently hiring staff for the FF7 project.

Hopefully this means we’ll be getting the remake sooner than we’d previously expected, with current estimates putting it at some time around 2020. We’ve still got no word on whether or not this will be coming to PC, but we’d be delighted if it did!

In the meantime, you can whet your appetite with Final Fantasy XIII for $15.99/£10.99 or check out the original translation over at Nova Crystallis.