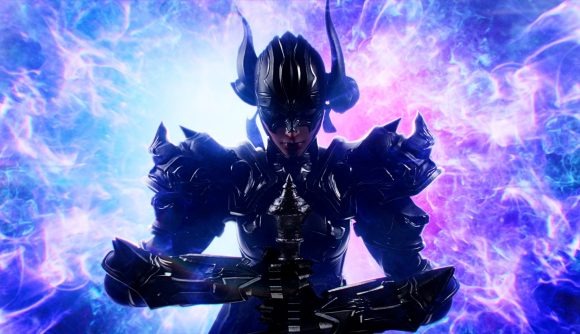 Square Enix is temporarily suspending digital sales of Final Fantasy XIV Endwalker due to the popularity of the new expansion. Director and producer Naoki Yoshida has delivered an update on the MMO’s login times and server congestion, further confirming that the free trial will also be suspended and that players will be getting more free game time.

“Players are currently experiencing extremely long wait times due to the dense concentration of play hours which far exceed our server capacity, especially during the peak times, and so we have decided to temporarily suspend the sale and delivery of Final Fantasy XIV’s starter and complete edition,” Yoshida says. “Additionally, although those with an active subscription are prioritised to log in, free trial players are unable to log in outside of late night and early morning hours, and so we will also temporarily suspend new registrations for the free trial.”

Yoshida explains that the temporary suspensions will be phased in over the next few days and that the team will pull all new advertisements for the expansion. If you’re an existing player, expansion packs and collector’s edition digital upgrades will continue to be available.

“To those who have been invited by their friends and family who have been considering joining, as well as our retail partners, we sincerely apologise for any inconvenience this may cause, and ask for your understanding and cooperation in order to reduce congestion,” Yoshida says. “We will continue to monitor the situation as we consider the timing around resuming sales.”

On the bright side, you’re also getting more free game time. Yoshida says that anyone who has an active subscription as of December 21 will get an additional 14 days for free alongside the previously granted seven free days of game time.

While players are facing a wait to play, devs won’t change FFXIV’s Endwalker roadmap as of the time of writing. Yoshida says that patch 6.05 is still scheduled for January 4, 2022, which includes the Pandæmonium: Asphodelos (Savage) raid, a new Allagan tomestone, new crafting recipes, and the Excitatron 6000 treasure hunt dungeon.

Yoshida also touches upon the topic of new game worlds once again. While stock issues are still preventing the team in building new servers, progress is being made so you can expect “some sort of roadmap by the end of January 2022” if all goes well.

While it’s proving difficult to get into FFXIV’s Endwalker expansion, it looks like it’s worth the wait if you can stick with the login times. We gave the update a nine-out-of-ten score in our FFXIV Endwalker review, calling it “an expansion that’s better than it has any right to be” as “Endwalker succeeds at wrapping up a decade-long story arc” by “providing a satisfying send-off for players”.

If you’re looking to jump in, check out our FFXIV Reaper and FFXIV Sage guides for everything you need to know about the new jobs. The Reaper is very cool.