Following October’s Final Fantasy XIV 5.1 update, which reworked crafting and brought the first Nier alliance raid, Square Enix has now unveiled details of what’s to come in the MMORPG’s next patch, 5.2 – Echoes of a Fallen Star. The new patch is now officially set to land today, February 18 – scroll on down for a look at the new trailer.

Final Fantasy XIV patch 5.2 marks the next update to the game’s third major expansion, Shadowbringers, which arrived earlier in 2019. Chief among its all-new content are new scenario quests, which will set us toward a conclusion of the Shadowbringers story path. They’ll follow the Warrior of Darkness and Scions of the Seventh Dawn’s efforts to uncover and unravel the secrets of The First.

The FF14 5.2 patch also adds new series of equipment enhancement quests, which will give you the chance to grab some powerful gear as you discover more about the Bozja Citadel – the Hrothgar homeland. This series of quests will continue to be updated going forward, starting with patch 5.2.

In addition, there’s a new trial – The Ruby Weapon – which sees players take on the weapon in normal and extreme difficulties, as well as a Chronicles of a New era quest, in which you’ll find out more about the new weapon series’ background and lore. 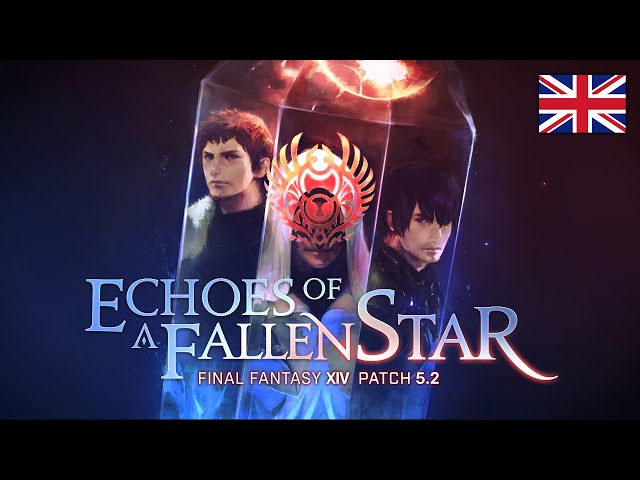 Eden’s Verse is a new raid – the second in the Final Fantasy XIV Eden’s raid series – which brings some tricky new battles to tackle. These will be available in both normal and savage difficulty versions.

There are also new Beast Tribe quests (angled towards Disciples of the Land classes), a new Dungeon – Anamnesis Anyder – which you can play either with pals or non-player characters via the game’s Trust system, and an Ishgardian Restoration update, which adds “gatherer-specific content in the Diadem, high-level crafting challenges, a new ranking system, and more.” There are also adjustments to jobs, PvP actions, some Game+ updates, and more to check out.