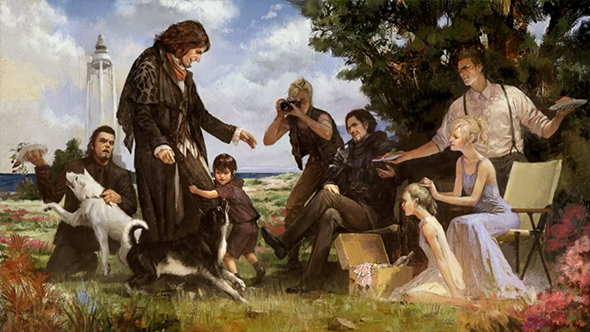 Final Fantasy XV launched on PC a month ago, including a host of new features and all the DLC in order to make it the definitive version of the game. Now that moniker gets a bit more complicated, as Square Enix have detailed the next year of extra episodes for the game, including a new, alternate ending to the game.

According to a PAX panel (captured by ResetEra), the new DLC begins launching in 2019, starting with an episode all about FF15’s least trustable dude. The fourth episode is due by the end of Spring, starring Noctis and adding an alternate ending.

The focus for the remainder of 2018 is on the Comrades multiplayer expansion, set to launch in standalone form this summer with one update following shortly after and another set for the winter. (It’s a pretty entertaining Monster Hunter-like, if you haven’t played it.)

Also on the cards is some sort of Shadow of the Tomb Raider crossover (per IGN), though there are no details on this bit just yet. Given the precedent set by earlier collaborations with Half-Life and Assassin’s Creed, it’s sure to be wild.