Yeah, peace on Earth and goodwill to all men… what a crock. This year has been a bust for PC gaming, there’s no getting around it, and it’s put me in an almost permanent grump. Ho, ho, frickin’ ho. Sure, if you’ve got yourself a little PS4 backup plumbed into your telebox then you’ll likely still be very happy about how 2018 turned out for you, but if you’re a purestrain PC gamer then very little will have made you smile over the last 12 months. Not even the constant churn of ‘Tubers being deservedly raked over the coals for acting inappropriately or doing another racism.

I mean, what was your game of the year? For us it’s been all but impossible to look at the triple-A titles released this year and pick one above all else. Okay, for me I’m still loving Battlefield V, but that’s less for the actual game and more about it representing the future of PC graphics. Look at the rays on that, etc.

Thankfully there have been a host of quality indie games released this year, playing around with traditional mechanics and subverting expectations. But the big budget titles are all chasing one thing: the Fortnite effect.

It’s the biggest game on the planet and every publisher wants a piece for themselves, whether or not they truly understand what got Fortnite to the top, and without a thought as to whether it will compromise their own games. Combine this pervasive Fortnite malaise with a graphics card market that lost its collective sh*t over cryptocurrency mining, and the PC world was an unpleasant place to be in 2018.

For much of this year the only people able to buy graphics cards were the crypto prospectors rocking up to the factories in China with articulated lorries and suitcases full of the folding stuff. The rest of us have either been priced out of the GPU upgrade game, or the places where we would normally buy from have had shelves as barren as the Mojave. 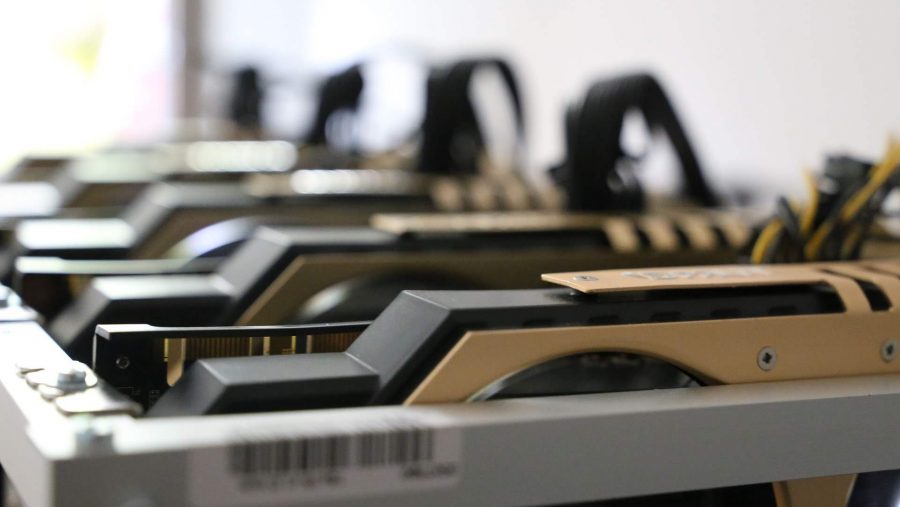 With all the cards going into mining facilities almost the instant they passed the QA tests in the factory, PC hardware in 2018 became stagnant. New graphics card generations are big business; they drive PC sales, and they drive other hardware sales. With the only new GPU generation of 2018, Nvidia’s Turing chips, being seemingly held back indefinitely for most of the year, it was all rather dry.

At Computex in June I spoke with many different PC hardware vendors – from chassis to peripheral peops – and they were all holding off on releasing new product; simply waiting on the new GPUs to arrive and wake everyone up. Without new graphics cards people weren’t upgrading their PCs, and if they weren’t going to jam in some new performance hardware, they weren’t going to bother replacing their PC cases/keyboards/monitor/mouse either.

Pick a card: The best graphics cards of today

And Nvidia didn’t think new GPUs were needed because the cryptocurrency mining market meant the current-gen cards were still selling like vegan falafel at a Dulwich food market, and so everything else ground to a halt.

There were certainly no new games released to push the boundaries of our existing hardware to make that matter either… Fortnite helped see to that. Publishers saw no need to spend dollar on really pushing the PC when free-to-play battle royales and paid-for cosmetic upgrades were the real money spinners. 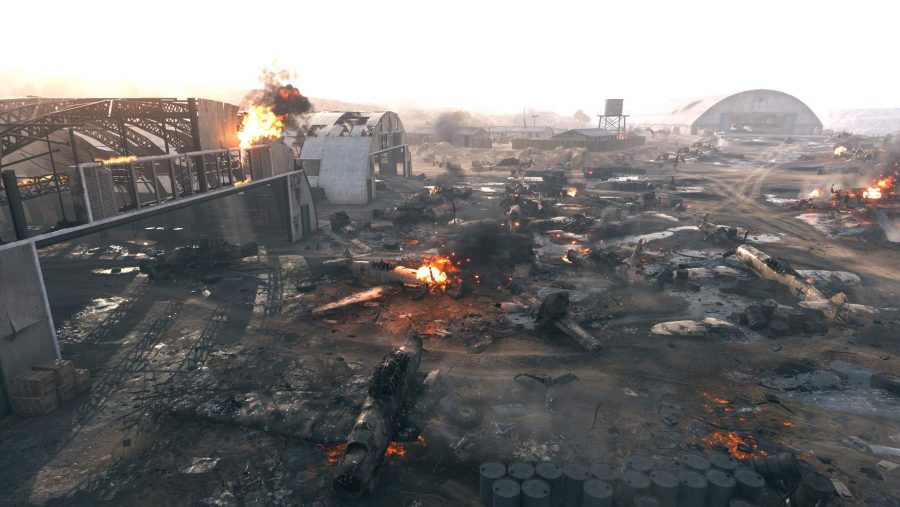 Like DayZ, with zombies and survival elements before it, PUBG and Fortnite made it so it was impossible to release a game in 2018 without having some sort of battle royale/last entity standing mode. Call of Duty had to, Battlefield V had to, and so did Peggle Royale and Football Manager: Rivals too. Nightmare.

Why bother innovating? Why bother pushing the technological envelope? The kids love Fortnite and they have access to their parents’ credit cards. They’re suddenly the new key demographic in PC gaming.

Fortnite and the Fortnite effect aren’t going anywhere, but at least crypto mining has died another death part way through the year. Though the demise itself has also had major knock-on effects for the PC gaming market… not least on the price of hardware. Sure, it meant Nvidia could pull the lever on next-gen production, but it also meant we were inured to the high price of graphics cards. 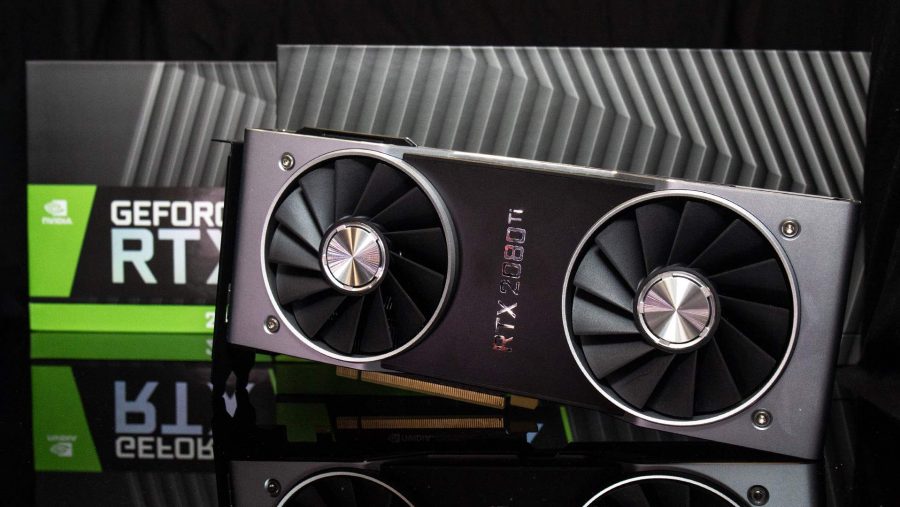 Even when prices were extortionately high people still bought new graphics cards. So, if people didn’t mind the artificially high price, maybe they’d keep paying it. This high-level reasoning was unfortunate, and unfortunately reality-resistant. The RTX 2080 and RTX 2080 Ti cards came out priced at a much higher level than the previous generation, and I’m not sure if Nvidia could have realistically priced them as high if it weren’t for the crypto gold rush already giving us a taste of unfeasibly expensive GPUs across the board.

The latest crypto collapse (all of this has happened before and will happen again) occurred just after Nvidia upped its supply of mainstream graphics silicon. And, without the mining corps. buying them all up, that lead to a huge number of mainstream chips left floating, unwanted, in the channel. Nvidia has declared there’s potentially two quarters’ worth of mid-range GPUs in the channel, which is going to put a hold on any new mainstream cards coming for a while. 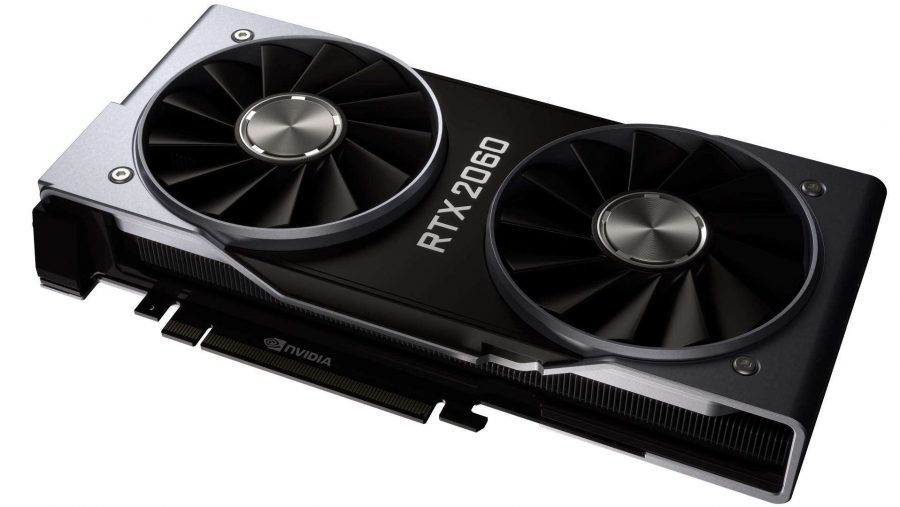 So where does that leave us in 2019? Sure, the RTX 2060 might be coming in January, but that’s not really a replacement for the GTX 1060. It’s a $400 graphics card, not a mainstream option for the price-conscious gamer. That means, even though to all intents and porpoises GPU mining is dead, it’s still affecting our ability to buy mainstream graphics cards. Whatever form the RTX 2050 takes, that will be the GTX 1060 replacement, but it won’t happen until most of those laggardly 1060s are sold on.

And of Fortnite? Well, that’s just going to keep on trucking. Sucking in gamers, devs, and publishers alike. Until the ‘next big thing’ arrives and ruins 2019 in some fascinating new way… happy holidays.