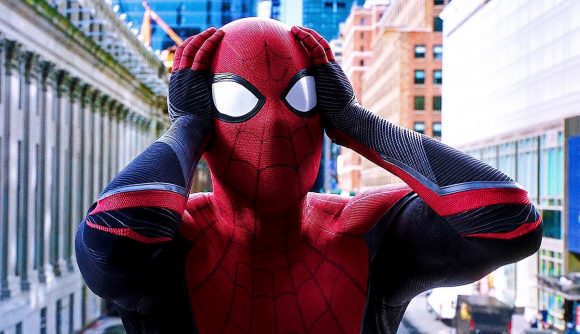 Fortnite Chapter 3 launches in just a few days and now we have a good idea of what it’ll look like. A leaked Fortnite Chapter 3 Battle Pass trailer has hit the internet, revealing some major map changes, modes, skins – and at least two major crossovers for Marvel’s Spider-Man and Gears of War.

The whole of the year-long Fortnite Chapter 2 comes to a crashing conclusion tonight with a big ending event cunningly titled “The End”, after which Epic Games will presumably debut the first details and trailer for Chapter 3 – which launches on December 6.

Despite Epic asking the community not to leak any Chapter 3 info – and then proceeding to accidentally leak part of the trailer itself in a TikTok ad – the full Battle Pass trailer for Fortnite Chapter 3 Season 1 has completely leaked online ahead of The End event. The trailer reveals massive changes coming to the game, including a completely revised map, new locations, new skins, a racecourse, a giant statue of Dwayne “The Rock” Johnson’s character The Foundation, and at least two major collabs.

It’s long been rumoured that Marvel’s Spider-Man would be making a crossover and the trailer confirms that it’ll be a proper event similar to 2019’s Batman collab, complete with the Daily Bugle building and web-slinging and three Spider-Man skins to choose from – regular red and blue, Venom-style black suit, and white and black Future Foundation suit.

NEW FORTNITE CHAPTER 3 TRAILER LEAKED ONLY WATCH IF YOU WANT TO!! #FortniteChapter3 pic.twitter.com/N0SBoJaF4I

These are certainly not the only collabs coming to Fortnite in Chapter 3 Season 1 – a tie-in with The Matrix Resurrections movie seems likely to drop later this month. Expect to see an official release of this trailer later today and more details on the new season in the next couple of days.