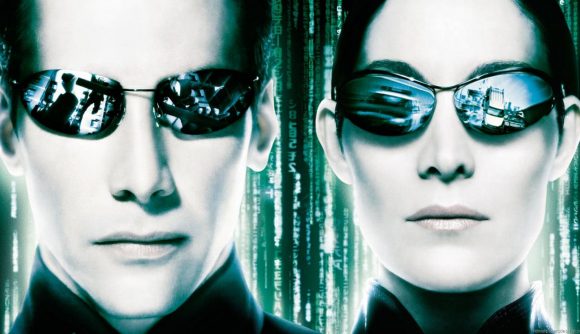 According to rumour, a planned Fortnite x The Matrix crossover is in the works for late next month – presumably to tie in with the release of the next movie, The Matrix Resurrections. Reportedly this collaboration will include skins based on Keanu Reeves’ Neo and Carrie-Anne Moss’ Trinity, making their first appearance in any game since 2005’s The Matrix Online.

Fortnite certainly hasn’t been lacking for major crossovers this year. The big long-rumoured Naruto collab has finally hit and is running right now, with League of Legends’ Jinx also appearing in the game – as part of a tie-in with the Arcane Netflix show – and the Ghostbusters crossover being back right now thanks to Ghostbusters Afterlife being out.

Even the bearded Keanu Reeves has appeared in Fortnite before, with the big John Wick event that ran back in 2019. Now it seems like, if a new report is correct, Keanu Reeves’ other iconic character is coming to Epic’s battle royale – and no, we don’t mean Ted Theodore Logan.

According to popular Fortnite leaker HypeX, a collab bringing The Matrix characters Neo and Trinity to the game is “planned for the second half of December”. Given that The Matrix Resurrections is due out December 24, it seems likely that it’ll be a tie-in with that. It’s also possible there may be both classic and current outfits for both Neo and Trinity, much like with the Resident Evil collab, although we’ll have to wait and see regardless.

According to the same sources: A Fortnite x Matrix collab (Neo & Trinity) is planned for the second half of December. pic.twitter.com/VdEkgTwyGg

Please bear in mind this is not confirmed just yet. If The Matrix crossover happens, however, it may well come as part of Chapter 3 Season 1 – which numerous leakers are convinced will happen after the current season concludes early next month.