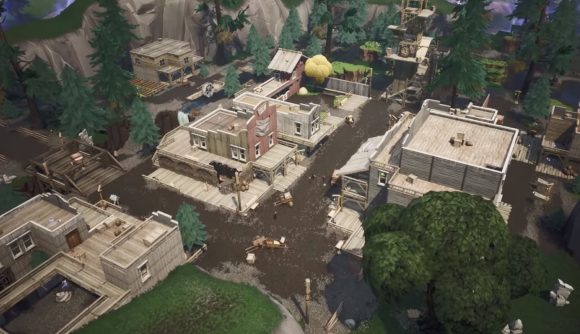 Fortnite and Unreal Engine developer Epic Games has announced plans to move its global headquarters into a nearby mall, converting the structure into a 980,000 square foot campus with office and recreational spaces.

Epic’s current headquarters is located near Raleigh, in Cary, North Carolina, and the plans revealed Sunday will relocate its offices to the Cary Towne Center mall, about 2.5 miles away. According to local news channel WRAL, “only a few stores currently remain open” at the mall, which has “been struggling to stay open over the years.”

Epic had originally planned on building a new campus, with seven buildings holding up to 1.2 million square feet of office space, plus 360,000 square feet of retail space, 1,800 residential units, a 450-room hotel, and several acres’ worth of outdoor park space. Groundbreaking for that cancelled plan was originally set for February. Instead, Epic will convert the mall, which currently houses a Belk clothing store, a Champs Sports, a Spencer’s gift store, and a Dave & Buster’s restaurant arcade. Most of the large anchor store spaces are currently empty and much of the mall is blocked off to the public.

Information on the total value of the Cary Towne Center was not immediately available.

Since the launch of Fortnite, Epic has seen explosive growth, and it has capitalised on the success of the battle royale game by partnering with Disney and major recording artists for in-game events. The developer has even built a special state-of-the-art sound stage in Los Angeles to hold regular live events in Fortnite.