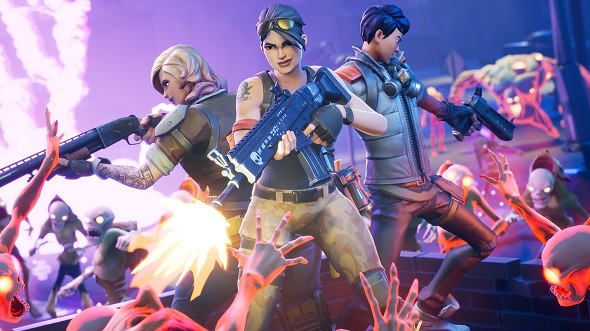 Given Fortnite’s meteoric rise in popularity since the launch of its Battle Royale mode less than a year ago, it’s hardly surprising to learn that it now holds the title of most-watched game on Twitch, ever. Fortnite’s Celebrity Pro-Am tournament, held on the first day of E3, drew 1.5 million concurrent viewers on the platform, handily beating out Counter-Strike: Global Offensive’s January record of 1.1 million during the Boston Majors.

Fortnite is popular enough as it is, but Epic managed to stack the deck for Tuesday’s event nonetheless, bringing in a raft of celebrities ranging from well-known TV hosts like Joel McHale to hip-hop superstar Lil Yachty, who played alongside powerhouse Twitch streamers, including Fortnite phenom Tyler “Ninja” Blevins.

Sure it’s popular, but is Fortnite really the best? Here’s our take on the best battle royale.

On offer was $3 million in prize money, awarded to the winning team’s charity of choice. The main event winners were, of course, Ninja and his teammate, DJ Marshmellow.

We learned last week that Fortnite now has somewhere around 125 million players across all platforms, with 40 million logging in to play every month, putting it head and shoulders above just about anything else going right now.

GitHyp has more details on the record-setting Fortnite event.

Now that it’s available on mobile devices, and as of last Tuesday also on Nintendo Switch, it seems unlikely that Fortnite’s growth is ready to slow down. Of course, if you’re among the millions of players and need a hand with the latest set of weekly Fortnite challenges, we’ve got you covered.