Looking for Wreck Ravine, Windbreakers, or Rustaway Shores in Fortnite? For this week’s challenge you need to gather 100 metal at any of these locations. Here’s where you’ll find these landmarks on the map.

Your best bet is to head to Windbreakers as it’s rife with metal resources; simply start hacking away at any of the six wind turbines found on the small island and you’ll have enough metal to build a sturdy metal bridge to safety. You may have guessed by the name, but Rustaway Shores also has plenty of rusty metal cars to harvest that can be found nestled along the coast. Wreck Ravine has the least amount of metal, but usually has a chest and may not be as competitive (just be mindful of any lurking sharks in the shallow waters).

Here are the locations of Wreck Ravine, Windbreakers, and Rustaway Shores to collect 100 metal in Fortnite. To complete other season challenges before the next season starts in March, here’s how to visit Adrift or Pawntoon in a motorboat in Fortnite and how to collect treasure using Drake’s map.

The Wreck Ravine, Windbreakers, and Rustaway Shores locations in Fortnite are: 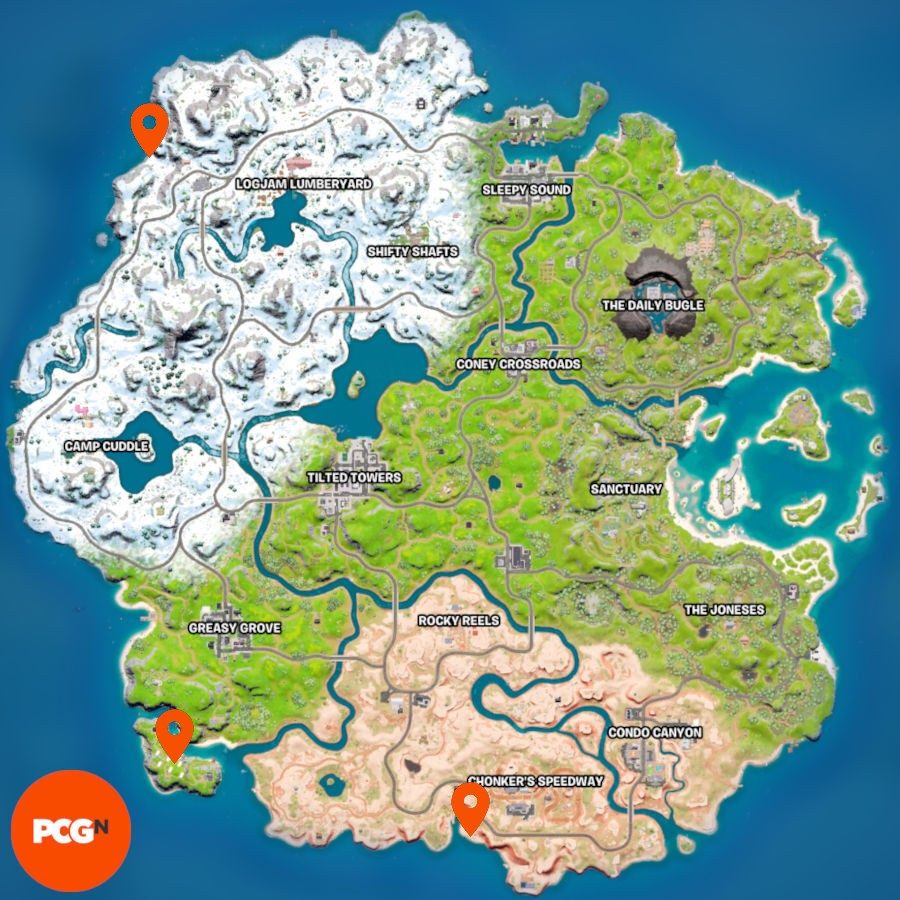 Want to tick off some more challenges this week? Here’s where you’ll find Spider-Man’s web shooters in Fortnite, and it looks like Spider-Man quests unlock the Spidey suit this week, adding to the list of the best Fortnite skins.