Want to know where the Fortnite NPCs are? Fortnite Chapter 2 Season 8 is now live, and it’s all change for how quests work, as Fortnite punchcards return. Punchcards are obtained from Fortnite NPCs and each contains a series of quests for you to complete.

Each of the Fortnite NPC punchcards has five quests you need to complete to finish their questline. Luckily, you only need to talk to these NPCs once to begin their questline, though since you only have five punchcard slots, you can only pick up five questlines at once. Once you’ve completed a questline, you are free to find one of the other NPCs and start their punchcard quests.

NPCs don’t just give out quests. They also have items for sale, taking gold bars as payment. Some of these items are vital to complete quests, so it’s worth remembering where they are. To help you out, we’ve put together a guide to all the Fortnite NPCs locations. There’s already a hint that Epic will add more NPCs to the map soon, so do check back often to see if there is anyone new to find throughout the season.

Here are all of the Fortnite Chapter 2 Season 8 NPC locations: 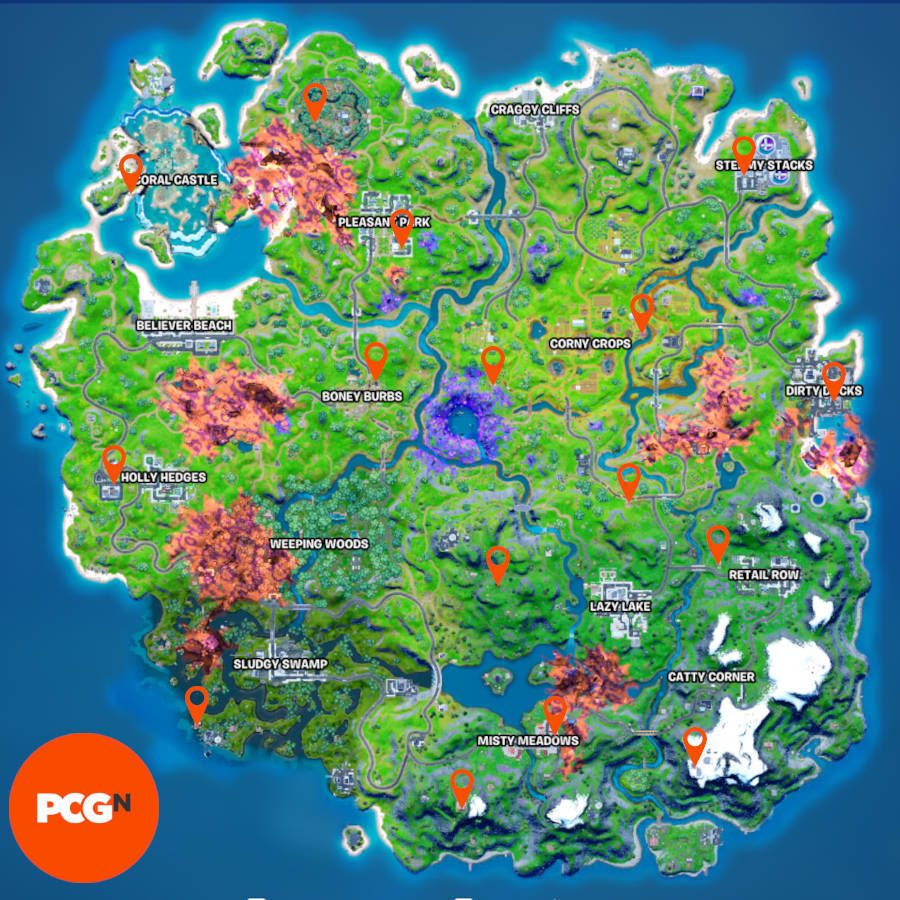 Those are all of the known Fortnite NPC locations. Other NPCs will likely join at a later date, so do check back soon. While you’re out completing quests, keep an eye out for rainbow drops so you can customise your Fortnite Toona Fish styles.