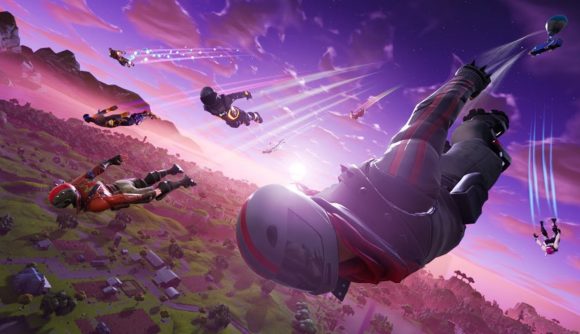 You have 24 hours left to enjoy Fortnite as we currently know it. The official Fortnite Twitter account has sent out an ominous tweet saying “The end is near. 24 hours…” and an image of some characters on the island waving at the Battle Bus in the distance.

Leaks have been suggesting that Epic is about to do more than the typical rollover of a new season for the battle royale game. The general belief is that Fortnite will be rebranded as Fortnite Chapter 2, and will get an almost complete overhaul, introducing the usual new content like weapons and vehicles, but also, a new map.

Much of this information has come via leaks and sifting through game files and such. Epic has been tight-lipped, but this tweet certainly suggests that something major is going down. The invocation of the end speaks to more than some new skins and another sponsorship of some sort. Whatever’s coming tomorrow is going to change the face of the game, or so Epic is suggesting.

Since launch two years ago, Fortnite Battle Royale has become one of the titans of the games industry. This is thanks in no small part to Epic’s ceaseless roll-out of new content, ranging from skins and weapons, to the mysteries of the island map, to collaborations with Marvel Studios and, recently, mechs (though players didn’t completely love those).

The End is near.

Starting again with a new island is risky, but necessary when it comes to maintaining interest long-term. If Epic wants to keep Fortnite at the top of industry, it needs to keep evolving.

We’ll see what that evolution looks like in just under 24 hours.