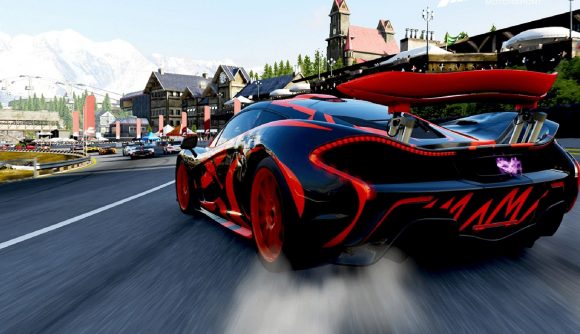 The Confederate flag has been banned from use in the Forza series. Developer Turn 10 has added the flag to its “notorious iconography” category, meaning that anyone who uses it in any Forza Motorsport or Forza Horizon game will be banned.

“Our goal is to create a safe, secure, inclusive, and enjoyable experience for all players,” a message tweeted by Forza Support reads. “Moving forward, the use of the Confederate flag on any car and under any circumstances will be categorized as a ‘notorious iconography’ in our enforcement guidelines and its use will result in a ban.”

This puts the Confederate flag among swastikas, Wolfsangel, the Rising Sun, and SS-runes and more in the Forza enforcement guidelines. These are all prohibited in user-generated content, alongside nudity and other sexual content, profanity, illegal drugs and substances, personal information, harm or violence against people or animals, and so on. This decision comes on the heels of NASCAR prohibiting the Confederate flag at all its events and races, a move precipitated by ongoing Black Lives Matter protests and demonstrations that have spawned renewed discussion around racist symbols, statues, and monuments.

Studios the industry over have been moving to stamp out racism in their online communities. EA Sports has pledged to improve the methods players have for reporting and highlighting toxic behaviour in all its games, and Call of Duty: Modern Warfare and Warzone developer Infinity Ward is moving to decrease the amount of racist content players are generating.

Details are still limited on the next Forza, due later this year, but we’ll keep you informed.