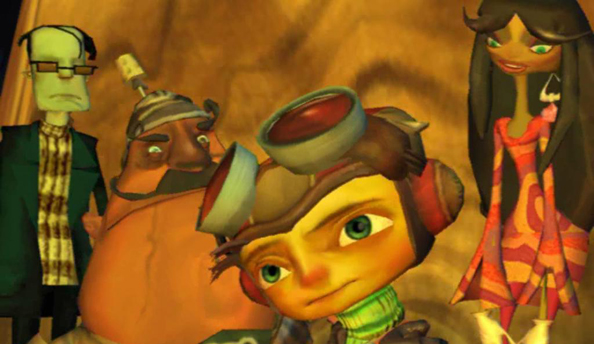 Twitch Prime membership has its benefits – namely, a pretty impressive bundle of free games and in-game loot every month. Twich have announced the lineup for May, and as usual it’s a mixture of modern classics and promising indies.

Don’t have – or want – Amazon Prime? There are still plenty of great free games you can play on PC.

The May headliner is Psychonauts, Double Fine’s unforgettable 3D platformer about exploring thoughts and fears as much as scaling obstacles and leaping over chasms. Gone Home is another stand-out in the bunch – a game about returning to an empty house and discovering the hidden lives of your missing family.

Members will also be getting Titan Souls, one of those brutally difficult yet oh-so-rewarding experiences, which in this case features both a player character and series of bosses that all die in one hit. Check out Julian’s Titan Souls review here.

2016’s Clustertruck, also included, is a high-speed platformer about jumping along a massive convoy of container trucks, which are traveling at high speeds through increasingly bizarre environments.

Rounding out the package are two games that could hardly be more different: High Hell, a manic and very pink first-person shooter focused on speed; and I, Hope, a thoughtful and beautiful puzzle platformer about a young girl’s battle with cancer.

Now’s probably a good time to jump in if you’ve been considering Prime membership – Amazon is raising the price of Prime by 20% next month, from $99 to $119 USD per year. For new users, that goes into effect May 11, while existing subscribers have until May 16 to renew at the old price.

For more information, including what you get with Amazon Prime in your country,head over to the Twitch blog.