As if we didn’t have enough to contend with. While our minds and bodies adjust to seismic changes in the wake of a pandemic, all of a sudden the gaping inequalities that somehow persist have had a stark light shone upon them. The toxicity we’re seeing exposed in our society also permeates our beautiful gaming industry and if this is a time of being honest with ourselves, then perhaps it’s time for us to take an awkward inward peep? It is getting hot in here…

After the tragic murder of George Floyd and subsequent outcry, the gaming industry spoke out; many publishers and companies, devs and organisations made their position clear. With hope in my wee heart, I saw a swift reaction to a clear and present problem, ushering in an unprecedented effort to meaningfully address some of the toxicity –  in our industry. Go us!

But as a gamer at whom these statements are aimed – in an effort to reassure marginalised players that we have ‘a place’ – I’m not wholly convinced these companies get it at all. The problems the gaming industry has can’t be solved with white text on a black box.

We’ve been agonisingly slow to address the toxicity that has existed in our industry for decades. It means we’re coming into a conversation late and the meetings being held are ones that have already been had in other sectors. But we can learn from them.

It’s telling that the loud-and-proud statements of many companies simply weren’t in sync with their very recent history and cultural practices. 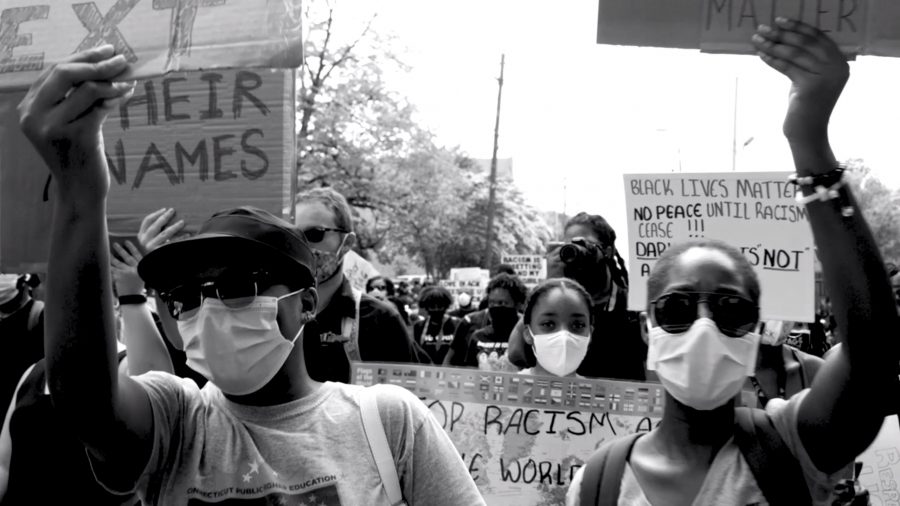 I’ve heard from several people (behind closed doors for fear of appearing ‘troublesome’) that many companies only took the decision to ‘speak out’ after their own diverse workforces applied pressure, demanding their employers say one way or another what they think about a world that’s dangerous for their employees to live in. That same world their customers and consumers live in, of course.

Ubisoft was quick out of the starting blocks, announcing that it unequivocally supported #BlackLivesMatter and equality – less than a week later, unfortunately, it was launching investigations into allegations of abuse against multiple high-profile staff that spanned many years.

Riot Games’ website, which, in the wake of a massive gender discrimination lawsuit, dedicates an entire homepage tab to diversity and culture, is like walking into a ray-traced dream of open access and everybody getting a fair shot. But the company announced multi-million dollar support for equality around the same time its global head of consumer products stood down for “abhorrent” comments in the wake of the murder of George Floyd.

Blizzard declared it has ‘always’ stood with those who were against racism and inequality, but drew accusations of hypocrisy for suspending esports Hearthstone pro Chung ‘Blitzchung’ Ng Wai when he said “Liberate Hong Kong” in an interview. 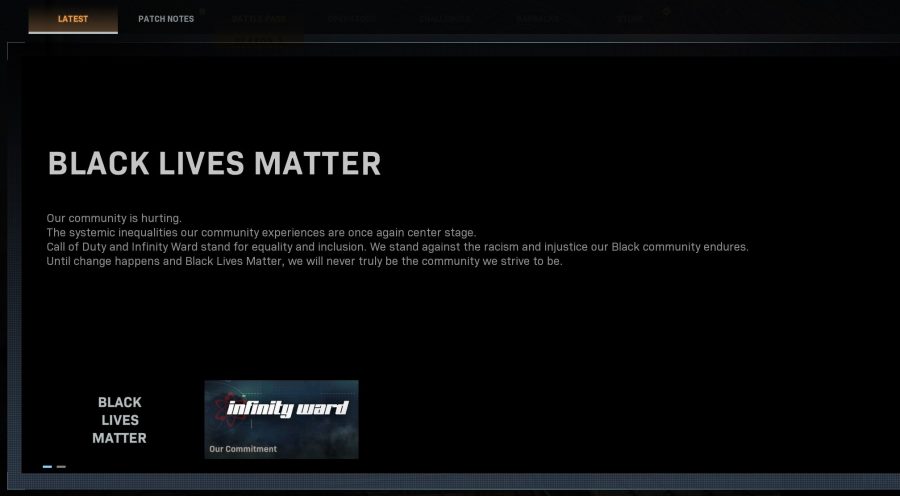 Infinity Ward, meanwhile, put out a statement quickly and has gone so far as implementing an in-game message to remind people that racism is indeed a bad thing. This is undoubtedly a positive move, but Infinity Ward has been criticised in the past for not doing enough to curb toxicity among its players.

This disconnect between many gaming companies’ rhetoric and the reality of their practices means incidents of toxicity and discrimination remain inevitable. The fundamental cultural changes required for sustainable ‘not-being-an-awful-human-being-ism’, simply haven’t taken place.

But how can we expect people to solve a problem they themselves can’t see? A problem they haven’t experienced or felt, possibly aren’t entirely convinced even exists, and likely don’t imagine is something they’ve contributed to?

A lack of diversity of thought and experience in the key decision makers of companies in any industry can only lead to exactly what we’re seeing – knee jerk reactions oscillating between throwing money in random directions and setting up ‘schemes’ or ‘initiatives’ with no tangible outcomes – often created by those with little or no experience of the communities they’re aiming to serve. 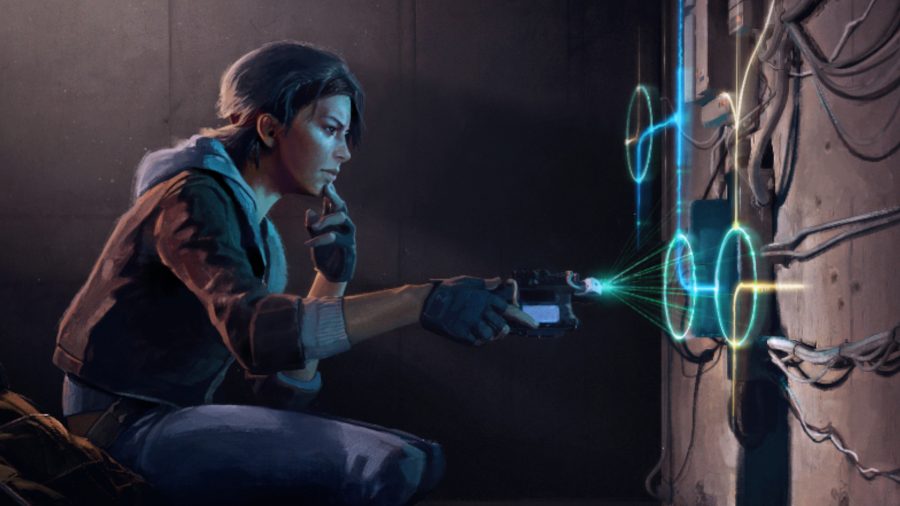 Other gaming companies, possibly fearful of alienating their customer base, stayed silent. Why rock the boat when only only X% of your customers are from diverse backgrounds?

Valve initially fell into this category, but it has since pledged to sponsor the Game Devs of Colour Expo. However, this only came after some indie devs removed their games from the store in protest. There are, however, others such as Platinum and THQNordic that have maintained their position. Are they hoping it will all blow over?

Some gaming companies, possibly fearful of alienating their customer base, stayed silent

This lack of vocal support from gaming companies in the face of abuse is unfortunately not new, and many have stayed consistently silent when the far too frequent allegations of sexual misconduct surface. Time will tell if this current wave of allegations from women in the sector can go similarly ignored.

Ultimately, not focusing on the entirety of your audience is a short-sighted approach. Why not look at it from another angle? ‘Wow. Only X% of my customers are diverse! That’s a whole heap of black/Asian/Trans*/Queer/Muslim/Hindu/James from Nottingham money I’m not making!’ 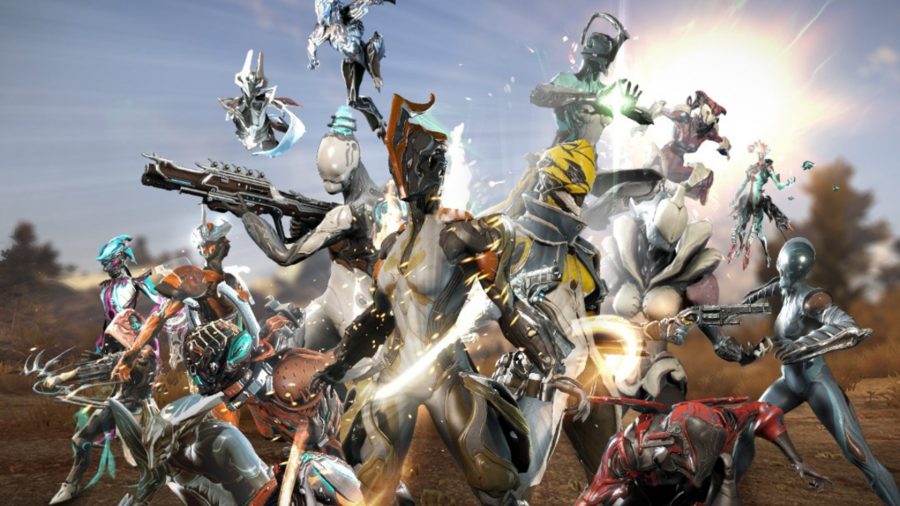 In a world of infinite choice when it comes to how, when, and where we can spend our money, it becomes a simple economic decision: content that speaks to more people means more money, which in turn means better games, which are then attractive to more people, which begets even more money, and… you see where I’m going with this, right?

To ensure the gaming industry can continue to grow and maintain its position as a relevant cultural driver, we quickly need to move into actions that go beyond hollow statements. Thankfully, there are those that aren’t just throwing around donations, but are taking a more personal responsibility.

It’s quite telling that those companies that have long had inclusion as part of their core ethos are the ones whose actions are tangible and effect the most change. But what does that look like?

It looks like character creation screens with sliders that let me recognise my avatar for the 1000 hours I’ll be spending with them (Cyberpunk 2077 don’t let me down…). It looks like Digital Extremes’ women being as intrinsic as the Warframes in the game. It looks like Epic using Fortnite as a platform for the We The People conversation.  It looks like this article you’re reading right now. 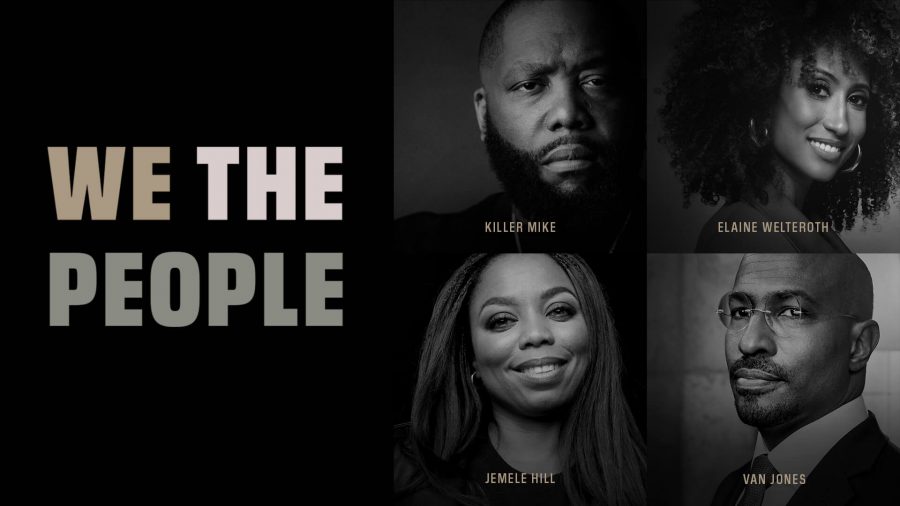 Many of you may be wondering ‘who the heck is this guy?’, and quite rightly. I’ve never written in the gaming space before but PCGamesN is my favourite gaming site and the first entry in my bookmark bar. It’s got plenty of jokes but never shied away from difficult topics over the years. It’s my PC home.

Where some companies issued quick rhetoric blasts that in no way matched their reality, the Network N statement was thoughtful, understanding, and most importantly, had actions. And a whole lot of them. I actually cried. My site got me. I got in touch to thank, and offer my services, and here’s where the fuzziness of intent became a tangible action – they didn’t put me on a scheme or leave my email to dwell in an infinite inbox, they did exactly what they said in their statement and gave me a real job. That’s what action looks like.

I hope other companies can do the same and, more importantly, that more unheard voices get the access I’ve been afforded. As although BLM has brought attention primarily to racism, gaming has a pretty shocking issue with discrimination across the board; bullying, censorship, homophobia, transphobia, more racism, sexual harassment, abuse… have I left anything out?

And this, unfortunately, applies at all levels; discrimination has been normalised within boardrooms and workstations, all the way down to us gamers. Our culture can be so welcoming and open, and yet in the very same chat window be devastatingly toxic and crushing. 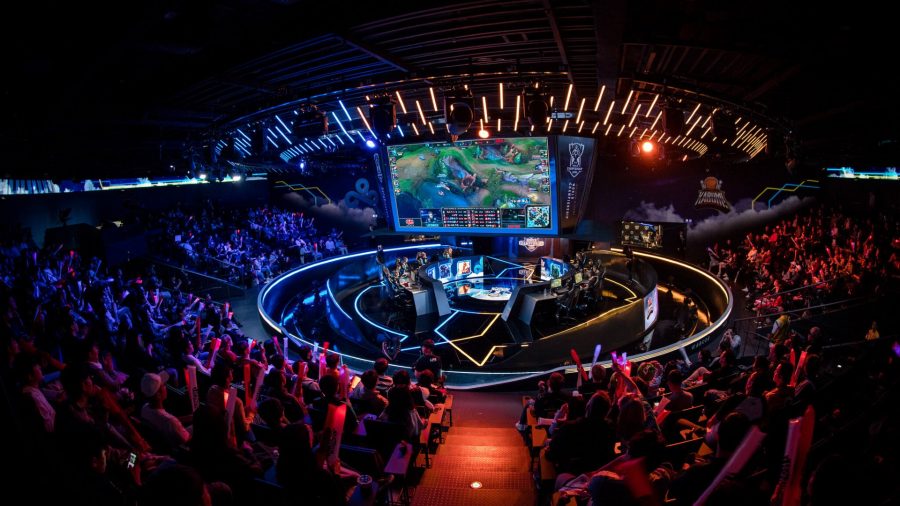 For a demographic that’s so passionate about our hobby, and one so ready to form communities around it, we can’t half be a brutal bunch. With many of us having experienced some form of discrimination or bullying you’d think we’d be the first to not want anyone else to feel belittled, alone, or angry.

We see it daily on our forums, comment threads, social media, and pretty much anywhere else you can leave text or pictures; some individual’s genuine pleasure in finding the most damaging combination of words to intentionally demean somebody. It’s hard amid the endorphin bursts, fierce focus, and NPCs to remember there’s a real person on the other end of the monitor. Someone exactly like us.

Even along the less vitriolic spectrum in our banter and exchanges we use slurs and ‘otherisms’ thrown about as ‘jokes’ that only the sensitive or snowflake-like could find offensive. But those pleasantries can be daggers to some, and where some see no ‘harm’ in a quick N-word or a gender slur to punctuate their chats, these words can certainly be less funny to those who’ve had those words shouted at them while being chased by a pack of blokes with violent intent, or spat in their face as a kid. If that’s you, it tends to not be so much bants.

If we’re going to address the discriminations in our industry we have to address those we ourselves take part in; in our gaming worlds as well as our less-real, waking life. Companies will follow where we choose to take them, adapting and changing to suit our needs as that’s the only way for a business to function. Whether we want it or not, it gives us all an individual responsibility. As gamers and customers and consumers, and as humans.