Looking for the best build for Ganyu in Genshin Impact? This five-star character specialises in ranged combat, making her effective in a DPS or support role. Ganyu is a Cryo archer, allowing her to keep enemies at bay by freezing them while staying safe at a distance. Despite being released back in January, Ganyu has maintained her spot at the top of our Genshin Impact tier list.

Ganyu was introduced in the 1.2 update alongside the Dragonspine region, an icy location filled with plenty of frosty minions. Ganyu’s abilities work well against the enemies in this region, but you’ll find that Pyro characters fare significantly better against Cryo minions. Be sure to check out our best Genshin Impact builds guide to find the optimal artifacts and weapon sets for every Pyro character in the game.

Whether you want to focus on a high DPS build revolving around critical hits, or you prefer to play it safe by turning Ganyu into a support character, Ganyu can truly do it all. Here’s what you’ll need for the best build for Ganyu in Genshin Impact.

This DPS build focuses on getting the most out of Ganyu’s passive talents, specifically Undivided Heart, which can be extremely powerful in the correct setup. You’ll want to equip the Wanderer’s Troupe artifact set which drastically increases Ganyu’s charged attack damage when fully assembled. Not only does this impact the Frostlake Arrow, it also grants the same damage bonus to its AoE bloom effect, dealing massive damage to multiple enemies.

If you can’t afford the full Wander’s Troupe artifact set, you should be looking for artifacts that increase your Cryo damage, critical damage, and base attacks. Regaining energy isn’t as much of a priority thanks to the Dew Drinker constellation which quickly replenishes two energy after firing a Frostlake Arrow.

As for Ganyu’s weapon, we’ve gone with Amos’ Bow to deal as much damage as possible. This bow increases normal and charged damage by 12%, perfect for the bloom effect on Ganyu’s Frostlake Arrows. 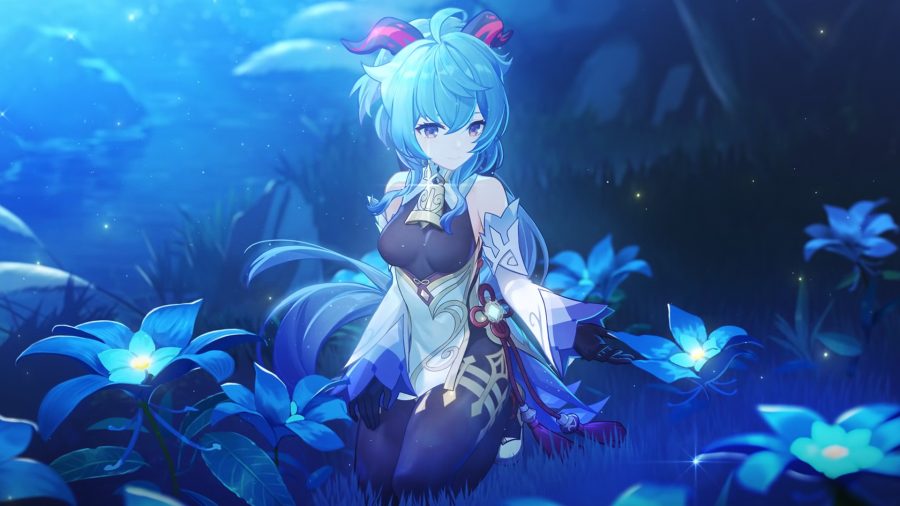 Ganyu’s Cryo abilities allow her to be useful to the team while not being in active combat, making her a strong pick as a support character. That’s not to say Ganyu won’t be pitching in with lots of damage, but you can easily freeze enemies to give your other party members some uninterrupted attacks.

In order to get the most out of Ganyu’s Cryo abilities, equip the Blizzard Strayer artifact set which heavily boosts Cryo damage. Acquiring the full Blizzard Strayer set will increase your party’s critical hit rate by 20%, and that rises by an additional 20% if the enemy is frozen. This can be increased even further by using the Skyward Harp to increase your critical damage by 20%.

Though Ganyu can be used as a support character, her skill set is optimised for dealing huge amounts of damage. We’d recommend sticking to the DPS build as Ganyu’s damage output is almost unrivalled at the moment. 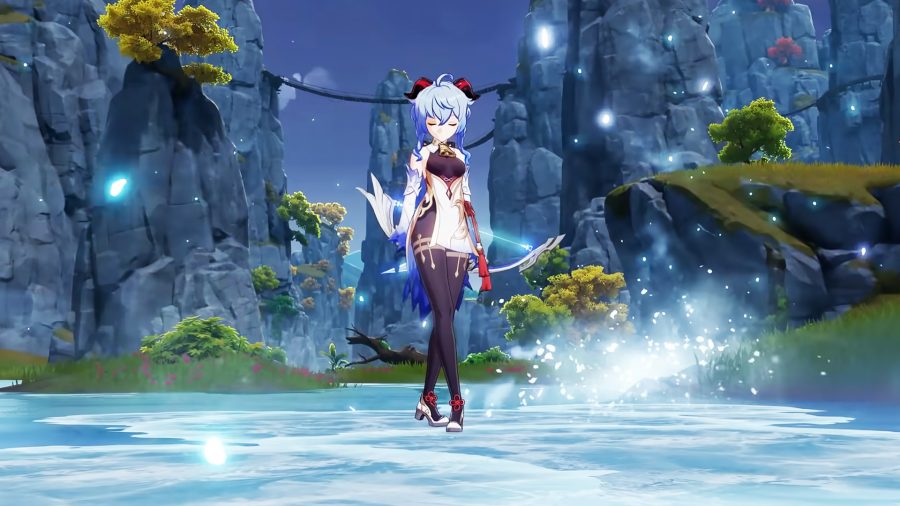 Elemental Skill: Trial Of The Qilin

Ganyu dashes backwards, freezing enemies where they stand and dealing AoE Cryo damage. She also leaves behind an Ice Lotus which taunts enemies, forcing them to attack it until it eventually blooms, dealing more AoE Cryo damage. The endurance of the Ice Lotus scale’s to Ganyu’s max health.

Ganyu summons a Sacred Cryo Pearl, dealing Cryo damage to any enemies that stand within its AoE range.

And that’s everything you need to know about the best Genshin Impact Ganyu build. The Genshin Impact 1.6 update is going to add a brand new outfits to the game, giving you a chance to change your favourite characters clothes. If you’re looking for a top tier character to pair with Ganyu, definitely check our our Genshin Impact next banner guide which highlights the current and upcoming banners.