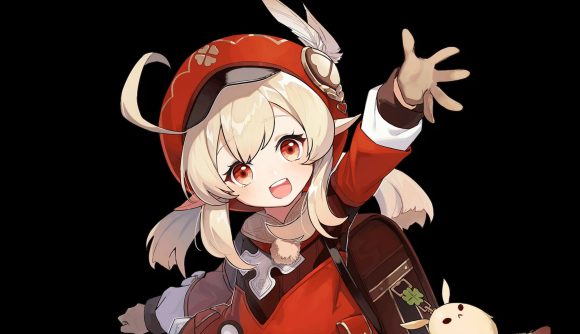 Developer MiHoYo has announced the news on the anime game’s site, along with the window during which ‘Sparkling Steps’ will be live. The event will run from the anticipated 1.6 kick-off time, which is expected to be July 9 (at 4am BST / June 8 at 11pm ET / 8pm PT, precisely, according to the event’s Fandom page) until June 29 at 5:59pm server time.

MiHoYo notes that the event-exclusive character won’t be able to grab as part of the standard (ongoing) wish, Wanderlust Invocation.

Klee is an energetic and outgoing Pyro character who uses Catalyst weapons and has a penchant for things that go ‘bang’ – that is, she’s a big fan of explosives, which she enjoys throwing around for fun (gulp), and she’s a dab hand at crafting them, too.

If you’re keen to get ready for the next Event Wish, be sure to take a look at our Genshin Impact weapons and Genshin Impact leveling guides for some handy tips.