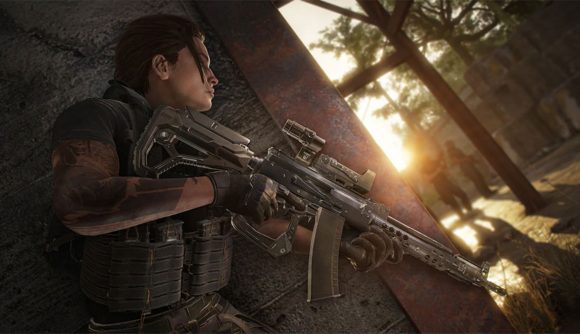 If there’s one thing Ghost Recon Breakpoint fans have been clamoring for, it’s more customisation options – particularly in the open-world game‘s gunsmith. With Title Update 3.0.0, they’re getting at least most of that wish. When the Red Patriot Adventure release date arrives next week, Breakpoint operators will be greeted with a host of new gunsmith options.

As detailed by UbiBard in this post to the Ghost Recon subreddit, TU 3.0.0 brings with it some long-awaited updates to Breakpoint’s gunsmith. For the first time, you’ll be able to customise your weapon’s stock, picking from a total of 15 distinct stocks that each work with a variety of firearms.

You’ll be able to use weapon-specific stocks on that weapon plus its variants, and in some cases, they’ll work with a variety of weapons. The AK47 stock, for instance, works on the AK47’s assault variant, but you can also pop it onto the AK74, its assault and scout variants, as well as the RU12SG (and assault variant) and the SAG12.

That cross-weapon compatibility is being extended (like a stock, get it?) to many of the sniper game‘s other weapon attachments, too. The GL1 and GL GP25 (two underslung grenade launchers) will be compatible with a variety of weapons when the update hits, with the GL1 slotting onto the Tavor, the VHSD2, and AUG platforms. The GL GP25, meanwhile, works on the AK47 and AK74.

The slot where the grenade launcher attaches is moving to what Ubisoft is calling the “Universal Under-barrel System,” which allows you to pop any foregrip onto any assault rifle, submachine gun, or shotgun in the game. Your limiting factor here is the size of the rail.

Alas, despite the community’s well-documented appeals for them, functional bipods aren’t part of this update, and Ubisoft says it does not plan to add them to the game.

Title Update 3.0.0 adds a healthy selection of new attachments, weapon variants, skins, and other compatibility options, which you can find detailed in the Reddit post linked above.