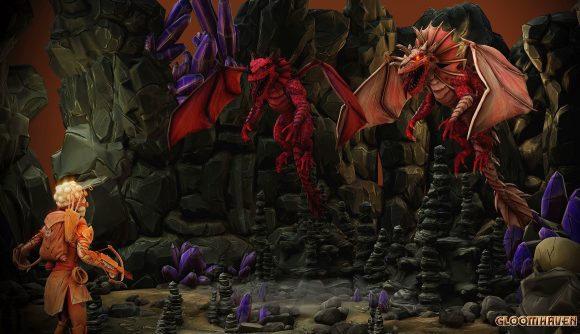 Gloomhaven, the digital adaptation of the hit giant-box board game phenomenon, has just received its biggest update since appearing in Steam early access last year. The Guildmaster Update is effectively a complete rework of the game’s campaign, giving players the ability to change up their roster whenever they see fit.

Adventure Mode has been replaced with Guildmaster Mode. Now, you play as a guildmaster in charge of recruiting mercenary bands to re-open trade routes around the countryside. This new approach to the campaign allows for a shifting roster of heroes, so players can change their team up when they unlock a new hero slot, or when developer Flaming Fowl Studios releases a new one.

The update also includes a reworked tutorial and early phase of the game. If you haven’t gotten into Gloomhaven, it’s very faithful to the board game – and the board game is fairly complex. There’s an in-depth turn order to remember, as well as some tricky card mechanics. As it was, Gloomhaven gave you a few rooms’ worth of introduction to these rules and then let you loose in the world.

Flaming Fowl says the new onboarding phase of the game should benefit all players. 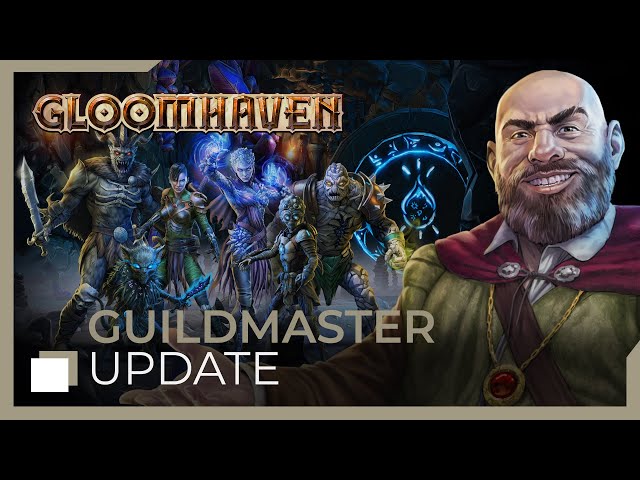 “[N]ewcomers and Gloomhaven experts alike will be able to discover and rediscover the core gameplay mechanics of Gloomhaven, as well as some of the advanced mechanics brought by each mercenary,” Flaming Fowl says.

The world map has been completely redone, and now includes new kinds of quests – there are journey missions that you take on in order to unlock new locations, story missions associated with each of your mercenaries, relic missions that reward you with powerful artifacts and gear, and job missions that help keep the lights on.

The developer also says the new features introduced with the Guildmaster Update bring Gloomhaven closer to official release status. The patch includes a beta version of multiplayer co-op, new narration in and outside of dungeons, new dungeons and a new biome (the Dark Caverns), the Temple, and new monsters.

Gloomhaven is currently discounted as part of the Steam sale, so if you’re interested, now’s a good time to check it out.