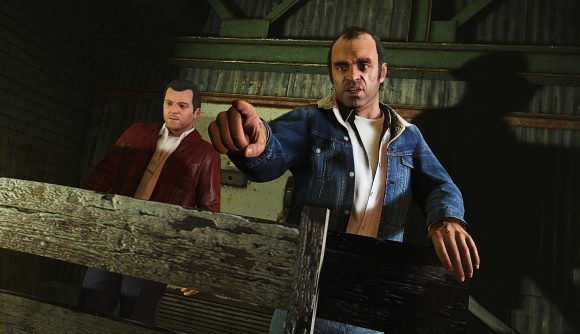 It’s reset day in Los Santos, which means GTA Online’s weekly update is here. Rockstar Games will post the official rundown on its newswire later in the day, but the update is already here, so players are jumping in and seeing what’s new.

Unfortunately, you’re not getting a new car from The Contract update today, though there are plenty of other ways to get a new set of wheels. The GTA podium vehicle is the Retinue at the Diamond Casino if you’re feeling lucky. Meanwhile, the GTA Prize Ride is the Rapid GT Classic, which you can get after finishing in the top three of five street races. There’s slightly less luck involved in the Prize Ride challenge, so it might be the one to go for.

If you’re looking to raise some funds, you can get triple the in-game currency and reputation points on air races and air freight cargo-related missions. Players seem to be excited about security contracts, though, as you can get double the usual rewards on them this week, alongside flight school activities and the Trap Door adversary mode. If you’ve been out of the loop, Rockstar introduced security contracts as a series of open-world missions in game’s most recent update. They can be conducted by any CEO, VIP, or MC Club president, and typically involve protecting or eliminating something for a client.

GTA V dataminer Tez also reports that Rockstar has unintentionally removed the adjusted variables associated with Payphone Hits rewards. As such, they’ve been reversed to their default payouts. That means you can get $15,000 in-game bucks from it with another $35,000 on top of it as a bonus.

Here are the rest of the discounts: