What are the best crime games on PC? Videogames are, and have always been, all about fulfilling a fantasy. We step into virtual worlds to fight evil, slay monsters, grab sweet loot, or go to war online. They’re a chance to do something we wouldn’t usually do – and that includes crime games.

With that in mind, games that focus on crime are popular for that very reason – they’re (hopefully) not something you’d attempt in real life. Ever since RPG game Grand Theft Auto challenged players to earn as many Wanted stars as possible, gamers have been pushing the limits of reckless behaviour and general naughtiness.

With that in mind, we’ve put together our list of the best crime games you can play – and we reckon at least one of them is sure to make you an offer you can’t refuse. Between modern-day crime epics, online heists, fisticuffs in faraway places, and a trip back in time to criminal empires of yesteryear, we’ve got a little something for everyone.

The best crime games on PC are: 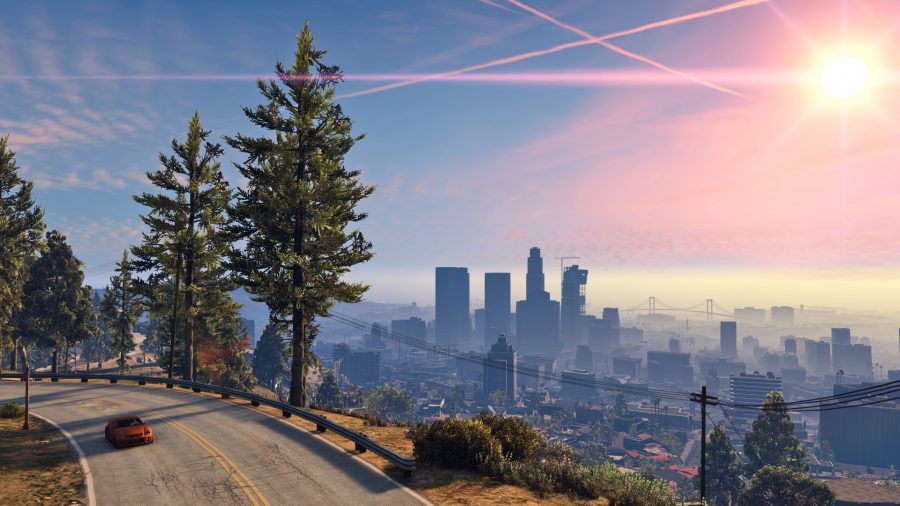 Let’s get one of the most obvious crime games out of the way first – GTA 5 is gaming royalty, and this latest instalment is the jewel in the stolen crown.

GTA 5 is simultaneously one of the greatest open-world games of all time, a character-driven drama, a black comedy, a send up of the world we lived in back in 2013, and one of the most successful games-as-a-service titles around today.

Its single-player component puts you in the shoes of wide-eyed Franklin, washed-up crook Michael, and legitimately unhinged psychopath Trevor, as they go toe-to-toe with the authorities in the huge Los Santos county.

That’s only half the story, though, as GTA Online, the game’s bundled online mode, is a huge RPG where players build their criminal empire, recruit other players to heist with, and generally just create insane amounts of chaos. Players have even used GTA 5 mods to create a roleplay haven. If you’d like to check out, we would recommend our GTA RP guide.

Really, it’s no surprise that it’s the third-best-selling game in history. Years of updates, including the massive GTA Diamond Casino expansion, have transformed the game completely, allowing players to plan and execute complicated heists, manage a broad range of businesses, and – naturally – curate a collection of new GTA cars that would make Jay Leno blush. 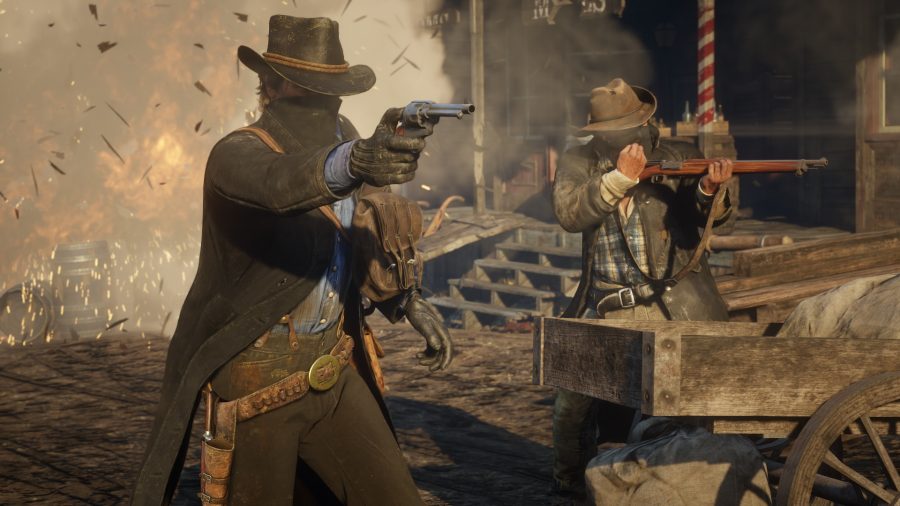 Those folks at Rockstar know a little something about being outlaws, and Red Dead Redemption 2 achieved what many thought would be impossible – delivering a more than worthy prequel to the original Red Dead Redemption, easily one of the best western games on PC.

Now finally on PC, you can appreciate the frankly insane level of detail in every pore of its huge approximation of the North American west – a world that’s as alive as it is beautiful. Characters and wildlife go about their business regardless of your involvement, lending every random NPC a degree of authenticity that’s usually reserved for named characters.

Once you’ve finished the staggeringly emotional 70-hour campaign, there’s the small matter of Red Dead Online to jump into. As with GTA Online, the game continues to grow at an incredible rate – and the latest Red Dead Redemption 2 Online update added a whole new way to play (Moonshiners rejoice!), and it’s only getting better with each new legendary bounty and career path. There are also RDR2 Roleplay servers where you can play the part of a lawman, outlaw, belligerent drunk, or any other character you can imagine roaming around the Wild West. Alternatively, download some of the best Red Dead Redemption 2 mods and play the single-player mode in the body of The Joker or a fish. 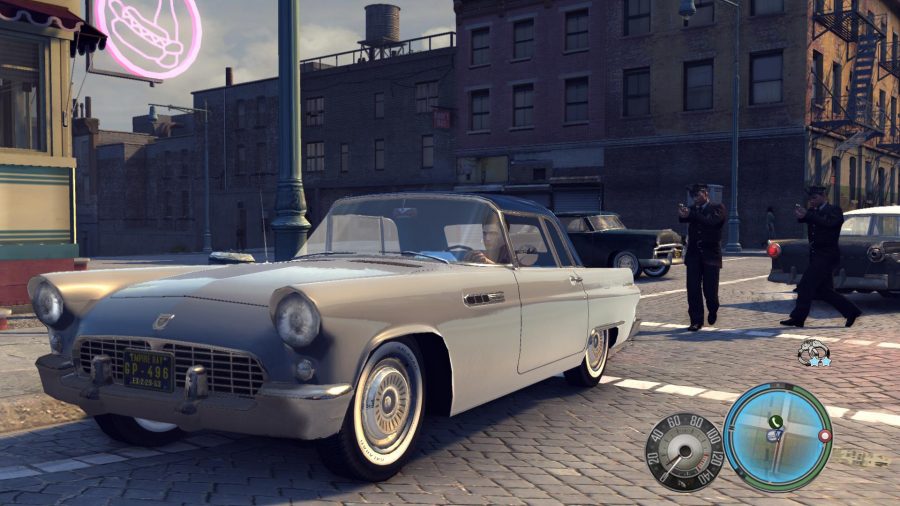 Sure, it’s a decade old, but there’s no denying that Mafia 2 is the peak of the Mafia franchise – even with Mafia 3 offering some good ideas that were diluted in its more monotonous gameplay.

Mafia 2 tells the story of Vito Scaletta, a soldier returning from war who inadvertently ends up joining the mob. The entire story is immaculately produced with plenty of drama to keep you speeding through the chapters, and the cliffhanger ending still sticks in the memory so many years later.

It also helps that the game still plays well. Gunplay feels tight despite a wonky cover system, and while it would be fair to say that driving doesn’t feel quite as responsive, it’s never a chore getting from A to B – despite a fairly sparse open world. Plus, 2K Czech absolutely nailed the feel of the Tommy gun – a rattling, inaccurate bullet hose that tears anything in its path to shreds. 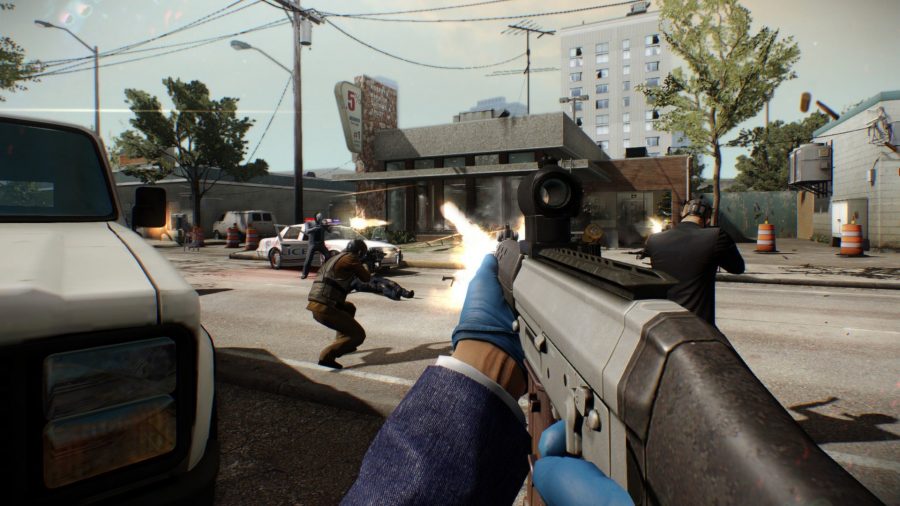 Payday 2 has been one of our go-to multiplayer games, but what it lacks in cutting-edge visuals it makes up for in content.

The PC version is the best of the bunch, with near-constant updates to the co-op shooter that began as a hybrid of Michael Mann’s Heat and Left 4 Dead. In fact, there are still updates planned for the coming months and years.

What began as a bank heist with friends has grown into a criminal empire in its own right, with locales varying from art galleries and meth labs all the way to secret government bases. And with an ever-expanding roster of crooks, abilities, and weapons, no heist is ever quite the same. 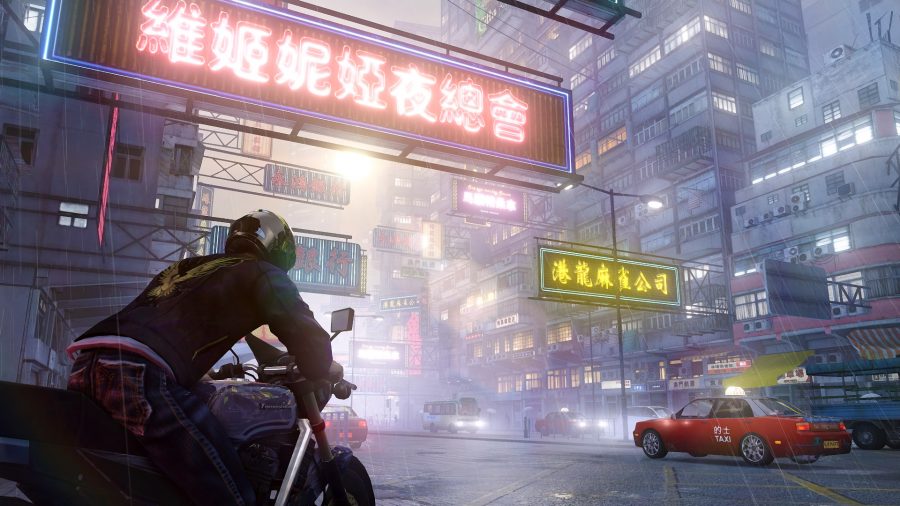 Too often dismissed as a Grand Theft Auto clone set in Hong Kong, this is the crime games equivalent of Infernal Affairs (or The Departed) and is much more than the sum of its already excellent parts.

While the John Woo-inspired gunplay and crunching melee brawls will draw you in initially, it doesn’t take long for lead character Wei Shen’s (an undercover cop) story to hook you as he struggles to strike a balance between breaking the law and embedding himself in the Sun On Yee triad.

It’s not long before any notion of obeying the law goes out the window and you’re free to finish off enemies with a range of equally gratuitous melee finishers, whether that’s shoving some poor chap headfirst into a ventilation fan, or impaling someone on a frozen swordfish. Square Enix’s open-world Hong Kong deserves a nod, too, not simply for cramming in as many landmarks as possible, but by getting every detail, from the Cantonese slang spoken by street food vendors right down to the constant crush of shop signs vying for your attention as you stroll along any given street. 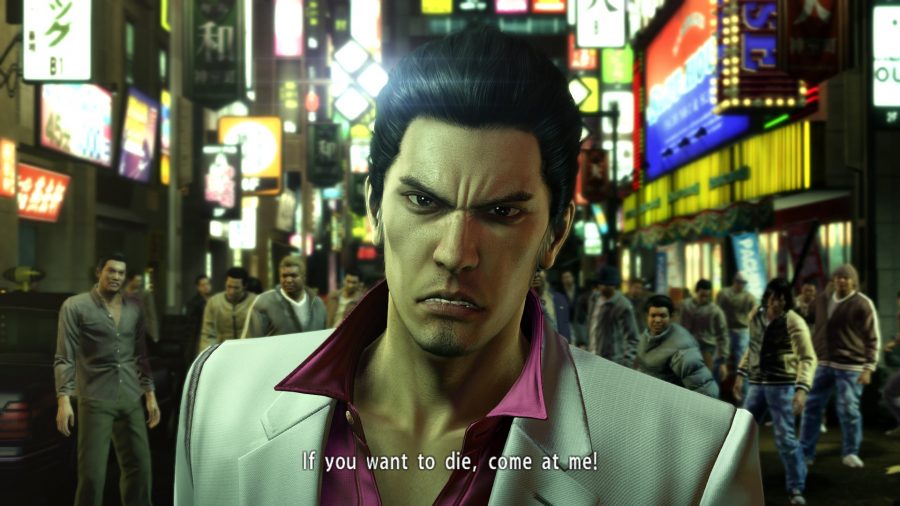 With a series that began in 2005, it can be tough to work out where to begin with the Yakuza games – but these remakes of the first two games certainly make it a whole lot easier. Both tell the story of Kazuma Kiryu (the “Dragon of Dojima”) who takes the blame for the murder of a prominent Yakuza boss and returns from prison to a changing world.

If that sounds a bit heavy, don’t worry – Yakuza games are known as much for their bonkers sense of humour and tongue-in-cheek side activities as they are for their brutal fistfights that see Kiryu swinging fists, feet, and whatever is closest to hand. Of course, Yakuza is also a crime epic, exploring every nook and cranny of the fictional city of Kamurocho’s seedy underbelly over the course of the series. 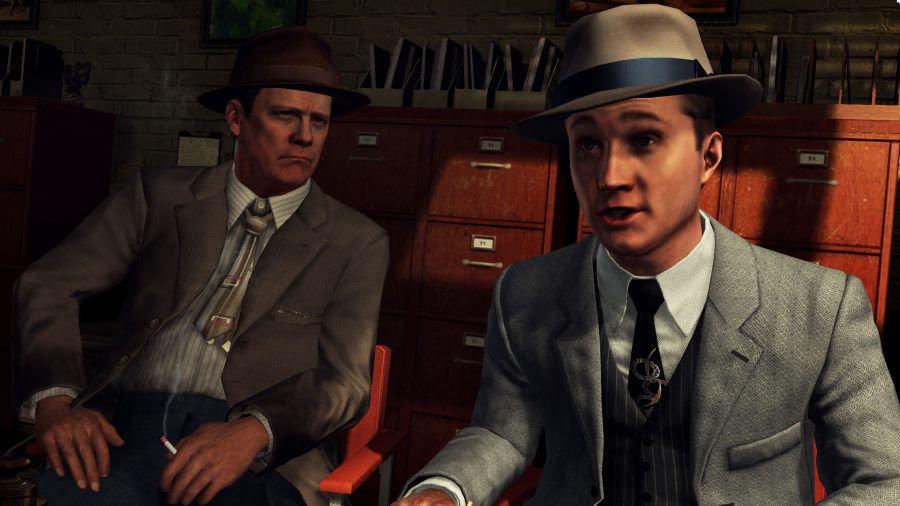 The third title from Rockstar, albeit only in a publishing capacity, LA Noire remains a great game nine years on from its original release. This Police procedural puts players on the other side of the badge, as war veteran Cole Phelps tracks down all kinds of crooks in LA as the Golden Age of Hollywood is coming to a close during the 1940s and 1950s.

LA Noire’s facial animation tech was widely regarded as a revelation back in 2011, and judging whether a suspect is telling the truth or not by their facial tells remains a thrill – even if Cole’s responses can sometimes be strangely detached and disproportionate to the question being asked. While you’ll be playing on the side of the good guys, the lines between right and wrong are constantly blurred, especially as you start investigating vice and arson cases. 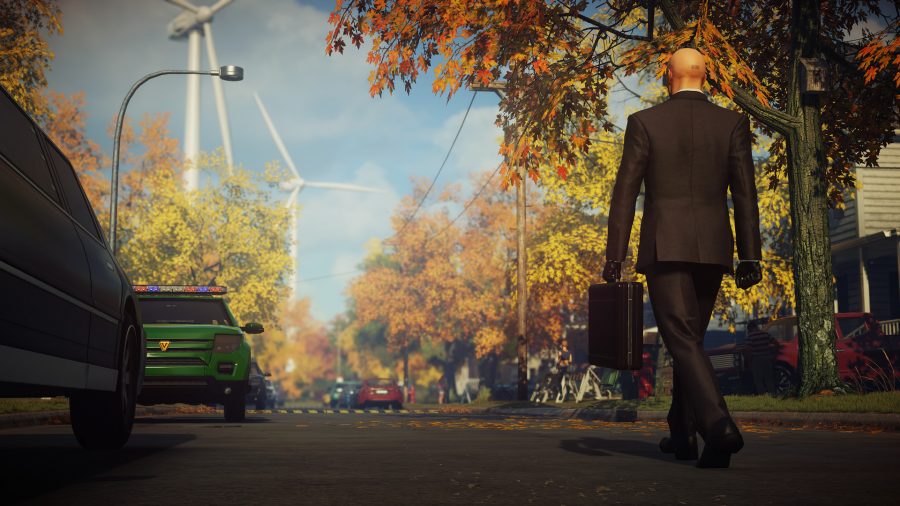 Sure, the Hitman games are stealth games first and foremost, but not only is Agent 47’s job definitely, 100% illegal, we’d argue that the meticulous nature of each of Agent 47’s kills makes each feel more like a heist.

Our follically-challenged killer may often find himself hunting the worst of the worst, but when plans go awry there’s often collateral damage – unless you’re going for the coveted ‘Silent Assassin’ achievement.

Each Hitman level is a self-contained puzzle which can be solved in plenty of different ways – but all end in death to your target and a safe extraction for you. It’s about how you make each of those grisly executions look like accidents and slip away unnoticed into the night that separates the best from the rest.

And there you go, our picks of the best crime games available on PC. Of course, if you grow weary of playing the bad guy, then there’s always our list of the best police games to return you to the path of righteousness.