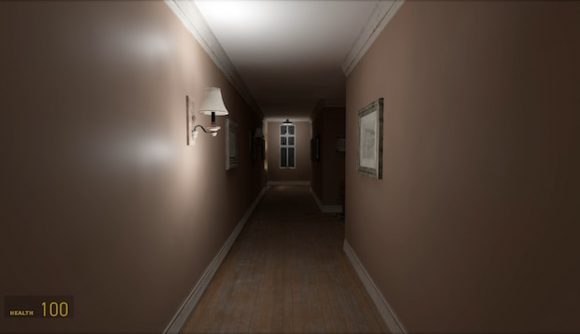 Someone has decided that Half-Life: Alyx, the recent VR spinoff from Valve’s legendary series, wasn’t quite scary enough, and remade P.T. in it as a mod. Gone is the Quarantine Zone of City 17 and the struggle against the Combine, and in their place are the repeating hallways, spooky lighting, and disembodied voices of the cult PS4 demo.

P.T. was intended as a literal ‘playable teaser’ for a new instalment of Silent Hill on PlayStation 4 called Silent Hills from Hideo Kojima, filmmaker Guillermo Del Toro, and Konami. It’s essentially a haunted house puzzler that gets more intense the more you solve, growing weirder and weirder the further you investigate, and there’s a dead baby in the bathroom sink at one point. Sadly, the promised full collaboration fell apart, and Kojima went on to spearhead the wholly unrelated Death Stranding for Sony. The fascination with P.T. has only solidified, however, as fans pore over every inch, and recreate it on other platforms so new players can enjoy it.

The creator, AmbientDruth, has done a pretty stellar job recreating the ambiance and basic geography. According to this play-through on YouTube (via PCGamer), it’s all as, ahem, thrilling as expected. The hallways are suitably endless, there’s a radio playing ominous broadcasts, and a definite chill to that ambient lighting. P.T. was already unnerving, and in VR it looks like a real test.

The mod is especially impressive when you consider mod tools and Steam Workshop support for Half-Life: Alyx only launched a few weeks ago, on May 15. Needless to say, Alyx has been quite the killer app for VR, causing a spike in headset purchases. We have it as one of the best VR games available.

More updates to AmbientDruth’s PT are expected soon, including all the endings, and “more creepy triggers.” Joy.