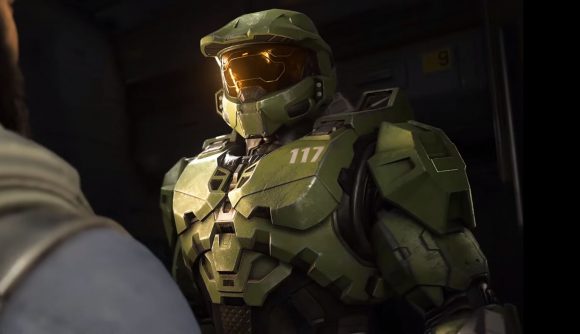 The Halo lore has expanded vastly since the original Halo: Combat Evolved, and while extended fiction is usually fun, recent Halo titles have come under some criticism for relying too heavily on lore outside of the games. 343 Industries doesn’t plan to repeat that issue with the next game – Halo Infinite will require no homework.

“Whether they’re returning players to Halo, or new people coming into the franchise, we’ve built this game for everyone,” 343’s associate creative director Paul Crocker says during a Q&A with press. “You don’t need to do homework to play it. You don’t need to have read a hundred books, or whatever. You just need to play this game, and you will learn more about the universe, but it will take you to surprising places.”

While 343 continues to bill Halo Infinite as a “soft reboot”, that’s got nothing to do with the story. Crocker confirms that “nothing’s retconned. We are absolutely a sequel to Halo 5, but you don’t need to have played any of those games in order to actually enjoy this one. We’re looking at this as a stepping stone. We are putting all the pieces in place for the future, whilst answering some of the questions from the past.

“We very deliberately put Chief floating in space at the beginning of the game, because it puts the player and Chief and all of our characters in the same place. They don’t know what’s happened. That’s what we want people to find out as they play through this world.”