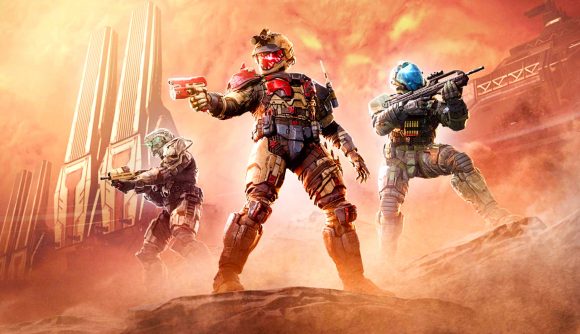 Joseph Staten, head of creative for Halo Infinite at 343 Industries, says that Halo Infinite Season 2 had a “bumpy” week, following issues with the FPS game’s new Last Spartan Standing mode and criticism towards the development team’s decision to remove several trick jump spots and other advanced movement techniques. Staten remarks that the team are “taking your feedback to heart, especially regarding map jumps and speedrunning.”

Halo Infinite has been plagued by multiple issues and negative feedback since the launch of Season 2 on May 3, leaving some fans upset with the direction the game is heading in. Ex-343 dev Blaze Lightcap recently expressed his disappointment with the Halo Infinite Season 2 changes, saying that nerfs to sliding and trick jumps “shows intent” towards removing some of the game’s more iconic advanced movement techniques.

Movement tricks have been a long-standing part of the Halo community, for both speedrunners and montage makers as well as among regular players, and 343’s senior community manager John Junyszek says that the team has “seen the feedback around changes that impacted various multiplayer jumps and campaign speedrun strategies” and is “reviewing options internally.”

The free-to-play game’s new Last Spartan Standing mode has been affected by several bugs as well – most notably that player challenges were not tracking correctly, especially in instances where players left the match early. Junyszek says that this issue should now be corrected, and 343 is granting 5 XP boosts and 5 challenge swaps to players as compensation for the trouble, and increasing the rewards for next week’s event challenges to help players make up the difference on their event passes.

Junyszek also commented on a ‘gun jamming’ bug which is causing semi-automatic weapons such as the battle rifle to stop shooting mid-combat. He says that the issue “was introduced when addressing a rapid-fire exploit” and that a fix is in the works. It’s certainly been a rocky start to Halo Infinite Season 2 for the 343 Industries team, but public recognition of these criticisms is a step in the direction of ironing out some of those creases and making fans happy.

Hey Spartans, this week has been bumpy. That definitely wasn't our goal. We are indeed taking your feedback to heart, especially regarding map jumps and speedrunning. We're reviewing options and will have more news to come. 💚 https://t.co/RWEHK7VpDl

If you’re looking to complete this week’s Halo Infinite ultimate challenge, we’ve got a guide to ensure you grab those free cosmetics. If you’re diving into the ranked modes, we’ve got all the details on the Halo Infinite ranking system for you too.