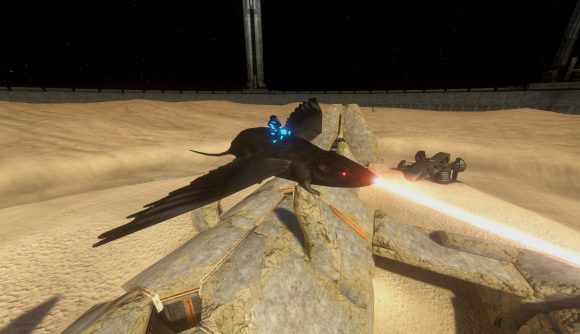 Everyone loves the Halo 3 rat now, for reasons that are not entirely clear. But love him we must, and that’s particularly true now that there’s a Halo 3 mod for The Master Chief Collection that turns Halo 3’s usually hot-dog sized rat into a Subaru-sized battle tank or combat aircraft.

The rat tank does not include animation. The rat tank is your friend. The rat tank can breath fire, and the aerial variant fires a superheated laser beam to bring fire and ruin upon your enemies from on high. The flying version also has a pair of glorious wings, which it flaps occasionally while shooting the aforementioned laser (which appears to emanate from his rat nose). The rideable rat is clearly rear-wheel drive, as it’s capable of pulling some pretty sick-looking drifts around corners.

There are not many guidelines or instructions included in the Flyable Rat and Drivable Rat mods. Modder Gamtus only says “just don’t mistreat them”, although whoever made the demonstration video we’re about to show you definitely did not follow this rule.

Here’s the video of the mods in action: 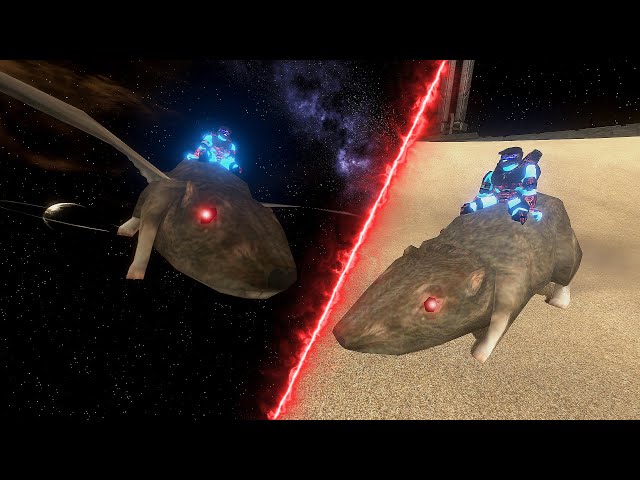 Head over to Nexus Mods to pick up Flyable Rat and Drivable Rat for the classic FPS game. While we’re on the topic, you may also want to swing over to ModDB to pick up Rat Doom, which turns all the weapons in Doom 2 into “something rat related”.