We’re excited about Hitman 3, because the Hitman games are Very Good. That means we’re also excited to find out more about the upcoming stealth game’s locations – and we’ll be learning the setting for the next one tomorrow. Developer IO Interactive is set to hold a livestream November 24 that will reveal the next location in Hitman 3 and discuss the studio’s Glacier Engine.

So far, we’ve seen Dubai and Dartmoor featured in Hitman 3’s promotional materials. The first gameplay trailer featured a dizzying climb to the top of one of Dubai’s glittering skyscrapers, while the next revealed ‘The Thornbridge Mystery,’ an Agatha Christie-inspired encounter that takes place in a classic English manor house out on the foggy moors.

The thumbnail image for IO Interactive’s YouTube livestream shows Agent 47 in a leather trench coat, walking amongst neon signs bearing Chinese lettering. There aren’t many other clues we can identify in the scene, but we’re keen to find out more about it during the stream. It’s set to kick off at 6:00 PDT / 9:00 EDT / 14:00 GMT November 24.

You can tune in right here, or use the ‘Set Reminder’ button to have YouTube send you a nice little ping when things get underway. 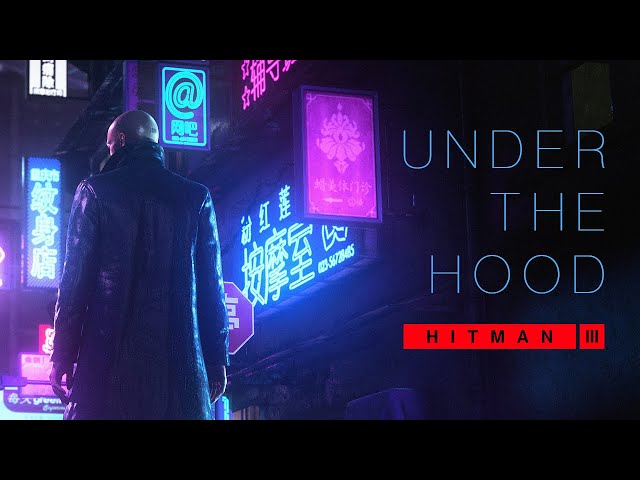 Like Hitman 2, Hitman 3 will include all the levels from the previous entries in the new trilogy – so you’ll have access to all of the locations in Hitman and Hitman 2, as well as everything you’ve unlocked in those games, when the Hitman 3 release date arrives in January.