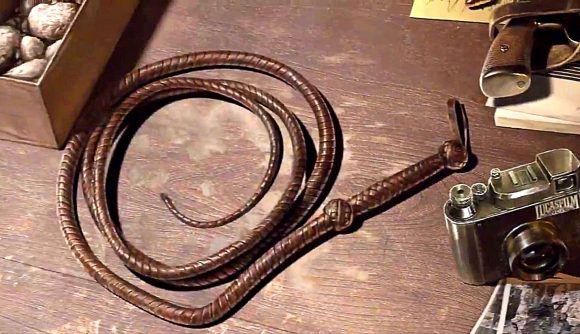 It turns out Bethesda’s been cooking up the idea of doing an Indiana Jones game for more than a decade. The as-yet untitled game, which is based on the famous Lucasfilm franchise and on the way from the modern Wolfenstein series’ studio MachineGames, was revealed in January this year, but executive producer and Elder Scrolls director Todd Howard has said it was initially pitched a long, long time before that.

“I think I originally pitched [to George] Lucas in 2009 and I’ve been trying to find a way to make that [since],” Howard tells The Telegraph on the topic of the Indy game. “And I think the work MachineGames have done, they’re just phenomenal developers and storytellers. And when I started talking to them about it, it was a good fit. And we got to the opportunity to talk to Lucas and Disney about it and they were super excited.”

Howard tells the site that, while he loves Indiana Jones, he never thought he’d get the chance to make a game based on the beloved IP, which began all the way back in 1981 with Raiders of the Lost Ark.

He adds that we’ll hear more about this in the future, and praises MachineGames has done on the project, describing it as “the best team in the world to pull this game off” that the studio’s “doing a phenomenal job”.

A new Indiana Jones game with an original story is in development from our studio, @MachineGames, and will be executive produced by Todd Howard, in collaboration with @LucasfilmGames. It'll be some time before we have more to reveal, but we’re very excited to share today’s news!

Beyond the merest of teasers revealing the game earlier this year (above), we know practically nothing about the upcoming game, other than, well, there will be one. However, if you’re keen to know more about the other games Bethesda’s got in the works, we’ve got you covered with all we know about Starfield and The Elder Scrolls 6 so far. Plus, our sister site The Digital Fix has some news on the next Indiana Jones movie at that link.