Here we go again. Reports are coming in that Intel is once more struggling to cope with the amount of 14nm chips it needs to fill demand for all its desktop, mobile, server, and chipset silicon across almost the entirety of its range.

And from the company’s response it looks like it’s now been confirmed. But hey, at least it doesn’t seem to have capacity issues for its 10nm Ice Lake CPUs, last time I checked the production lines in Israel it looked pretty chill…

It seems to be a common thread recently, with TSMC rumoured to also be struggling to meet the demand of its leading edge production process at 7nm, and now advising customers to block book their 7nm production for the entire of 2020. That should be more an issue for newcomers and not people with existing contracts. The stretching of TSMC’s 7nm lead time from two months to six months, however, could be a big deal for any requested extra production capacity needed in the future.

Almost unrelated, but potentially relatable in the future, is AMD itself delaying product while it gets its own production schedules in order. It is, of course, using TSMC’s 7nm process to fill out the stock of its Ryzen CPUs, but the delay to releasing its Ryzen 9 3950X, from September to November, is likely more about putting all its focus into getting enough stock in the channel to meet the rest of the Ryzen 3000 demand. After all, there will be more Ryzen 3600 CPUs sold than Ryzen 3950X chips.

The latest report on Intel’s struggles comes from Digitimes (unfortunately now behind a paywall) and claims news from the supply chain is indicating that the company is indeed having trouble meeting the increasing demand for its 14nm silicon, with manufacturing capacity falling short of what is actually wanted in the channel. 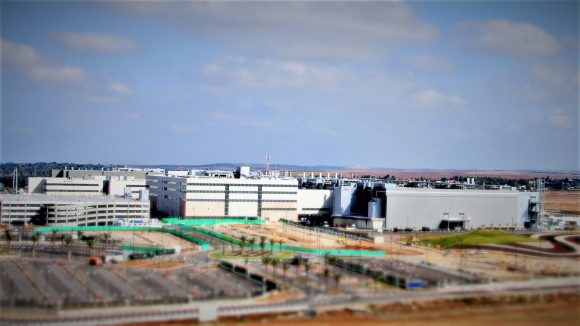 In a response to Anandtech Intel has provided the following statement.

“We continue working to improve the supply-demand balance for our PC customers. In the first half of 2019, we saw PC customer demand that exceeded our expectations and surpassed third-party forecasts. We have added 14nm output capacity and are ramping volume on 10nm with systems on shelf for holiday.

“While our output capacity is increasing, we remain in a challenging supply-demand environment in our PC-centric business. We are actively working to address this challenge, and we continue to prioritize available output towards the newest generation Intel Core i5, i7 and i9 products that support our customers’ high-growth segments.”

This could have an impact on all sectors of PC, with Intel likely to also be prioritising its embattled server market in the face of an EPYC onslaught, which could leave the notebook and desktop PC vendors scrabbling around for stock. And with AMD also struggling to fill demand they’re not necessarily going to be able to switch sides to the red team for it to capitalise on another Intel weakness.