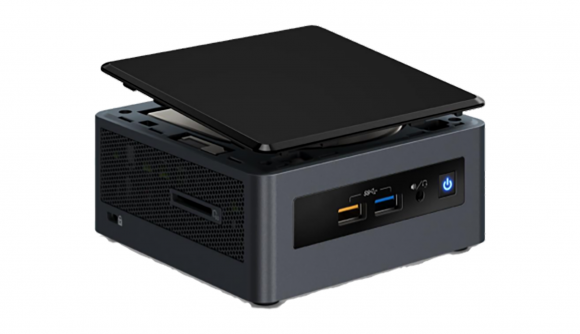 Leaked specifications for the next generation of Intel Tiger Lake NUC machines have appeared online, suggesting there will be a pair of new mini PCs based on the upcoming Intel processor design later in the year. One will house a third-party discrete GPU, and the other will feature an Intel Xe GPU.

What isn’t 100% clear, however, is whether the Intel Xe graphics mentioned for the Panther Canyon NUC refers to the integrated GPU of the Tiger Lake processor itself or whether Intel will be housing one of its diminutive DG1 graphics chips inside the li’l next-gen NUC. If there’s a discrete Xe GPU in there too, it could be the only way you’re going to see a DG1 graphics card in a desktop machine.

Despite Intel showing off the DG1 software development vehicle (SDV) behind closed doors at CES, where our Jacob got his own hands on the new Xe GPU, we’re still not particularly confident that Intel will actually release the low-spec card as a standalone desktop GPU.

The report on FanlessTech shows what it claims are the next generation of Intel Tiger Lake NUCs and, more importantly, the specs of the mini PCs that are going inside those tiny chassis.

The Phantom Canyon will also be known as the NUC 11 Extreme, but won’t feature the high-spec H-series Intel processors, but will instead stick with the same 28W Tiger Lake U chips as the lower-end NUC models. What it will have, however, is a third-party discrete graphics card that reportedly has yet to be determined. It does state that the GPU will come with with either 6GB or 8GB of VRAM, probably depending on whether that comes from Nvidia or AMD. 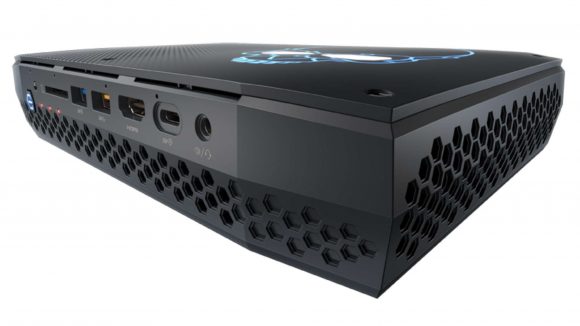 The image used on the site looks more like the Hades Canyon NUC of old than the new Ghost Canyon design, which seems odd given the suggestion that there’s going to be a discrete GPU attached. If the NUC 11 Extreme follows the NUC 9 Extreme it will use the sexy new Compute Element alongside a third-party GPU and will need a much bigger box.

But if you’re after a NUC powered by an Xe GPU then arguably the NUC 11 Performance will be your best bet. The Panther Canyon mini PC also uses the same Tiger Lake U-series CPU, and the spec also lists Intel Xe graphics. That could simply be referencing the integrated Xe silicon baked into the Tiger Lake CPU, or it could indicate that there will a DG1 GPU inside it too. 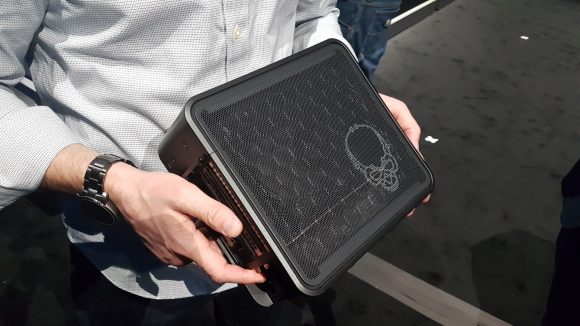 We’re anticipating Intel will be pulling some multi-GPU shenanigans pairing its DG1 graphics chips with the integrated Xe GPU inside the Tiger Lake processors in laptops, so it makes absolute sense for it to do the same on the desktop. And that could result in a pretty tasty, tiny 1080p gaming cube.

Both the DG1 GPU and the integrated Xe GPU of the 28W Tiger Lake CPUs come with the same 96 execution units, and we’re hoping that by utilising both GPUs Intel will be able to deliver some serious gaming performance from its otherwise low-spec silicon. Though whether its potential multi-GPU solution will be seamless for game developers or require some extra effort on their part will determine just how relevant it becomes.