Jumpgrid is one of those games that shifts from seemingly impossible to manageable in the space of seconds, pulling you into a flow state of high concentration through a mixture of music and abstract visuals. It’s the kind of game that makes time slip out of your grasp, and the rapid repetition of levels until you get them right is intensely satisfying.

If that sounds a bit like Super Hexagon, that’s because the games are cut from similar cloth. Jumpgrid changes the formula up a bit to have you controlling a spark that dances on the intersections of a grid, and you have to visit each intersection on the grid before making it to a portal in the center of the board to advance.

You’ll do this to the tune of pounding electronica and chiptunes, which go a long way toward creating that flow state that I mentioned above. That’s important, because you’ll need all the concentration you can muster: Jumpgrid’s levels get increasingly devious, with swinging pendulums and beams of energy criss-crossing the board in what often look like impossible to avoid rhythms. One hit from anything, and you’ve failed. Start again. 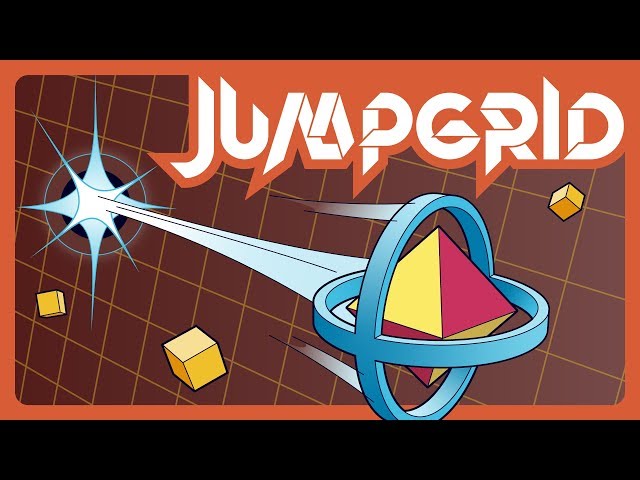 Playing Jumpgrid feels like standing in a boardwalk arcade decades ago, staring into a CRT screen and listening pulsating beat outside while I tried to beat my old Centipede score. There’s something weird and retro about the colors and shapes that dance across the screen, and the simple up, down, left, right controls could easily have been mapped to a cabinet-mounted joystick.

Jumpgrid launched February 12, and you can find it on Steam and Itch.io. It’s worth checking out, especially for fans of the “one more game” feeling of either Super Hexagon or Meatboy. It’s the work of Melbourne, Australia game developer Ian MacLarty, who describes Jumpgrid as “a game about honing your muscle memory until you learn to dance with your fingers.”
Lets just say my fingers may need to take some classes.