Sometimes it’s fun to see a developer take a bunch of neat ideas, throw them in a blender, and see what comes out. Kabounce is a multiplayer arena game with the aesthetics of Rocket League, but reimagined as competitive pinball. And you’re the ball. The best part is, if you head over to Steam today, you can have it for free to keep.

The free period lasts until tomorrow, June 24, at 13:00 Eastern Time / 18:00 BST, and it’s meant as a celebratory kickoff to Kabounce’s new Anniversary Summer event. That adds 11 new single-player challenges, which are split between some easier ‘parkour’ levels and the more difficult Gauntlet and Boss Races. While you’re after these, you can search for golden loot balls that contain limited-time cosmetics that Kabounce has offered over the course of its first year.

The Summer update also adds a new arena map, Nero Reef, and the ability to switch controls with co-op partners in a new relay race mode.

It’s a ton of fun, particularly with a controller. It takes a couple minutes to get used to the control scheme, but after a few minutes in the tutorials, you’ll be able to power-up, charge your spin, and slam opponents like a pro. Hitting bumpers sends your ball caroming around the map, and it’s a terrific feeling.

Here’s the trailer for the Summer Anniversary event. 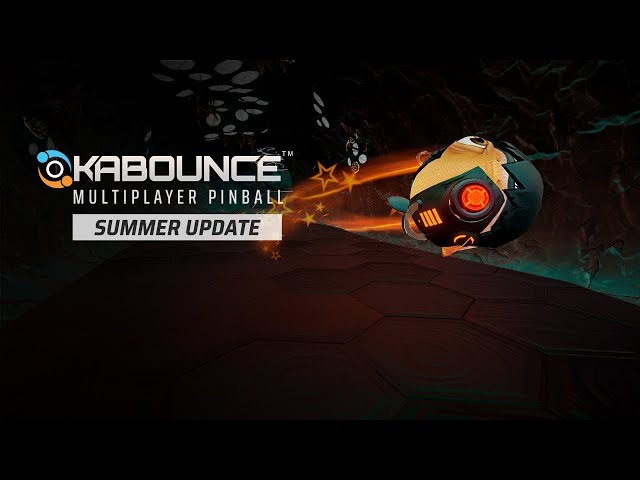 To get it, just head over to the Steam page and click the “Add to Account” button, which you’ll find where the purchase button usually is. You won’t need to download it right now if you don’t want to; once you’ve added Kabounce to your account, it’s yours forever.

Another nice thing with Kabounce is that the multiplayer works either in 2-4 player local splitscreen, or with up to eight players online – and cross-play between PC and PlayStation 4 is actually working too. Happy summer. You can find loads more freebies in our handy best free PC games feature!