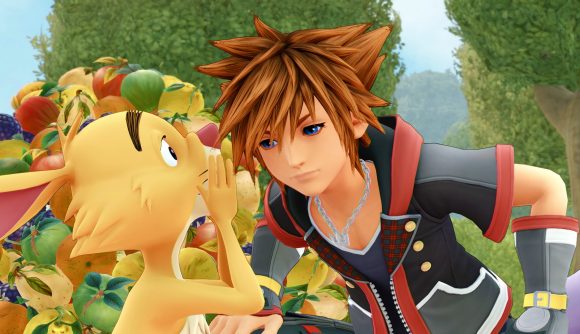 Today’s the day, Kingdom Hearts fans. It’s March 30, which means just about every Kingdom Hearts game has come to our home platform for the first time – and, there’s some good news if you ordered any of the series on the Epic Games Store, as there’s a little bonus in store. Square Enix is giving Epic Store pre-purchasers partial refunds.

“The iconic Kingdom Hearts series is finally on PC!”, the studio announces on Twitter, adding that all of the action-RPG games in the series have launched with 20% discounts on the Epic Games Store. In a follow-up tweet, the publisher explains that this means those who got their orders in early will get some money back: “for those who pre-purchased on the Epic Games Store, you will be eligible for a partial refund back to your original payment method.”

If you’re keen for a rundown of what each of these slightly bizarrely named collections include, our excellent senior news writer Dustin has given an outline right here. Essentially, though, the four options on the Epic Store bring the near-complete Kingdom Hearts experience to PC.

For those who pre-purchased on the Epic Games Store, you will be eligible for a partial refund back to your original payment method.

If you’re after something for the ultimate low price of zero pennies, though, you can always check out our lists of the the best free GOG games, free PC games, and free Steam games at those links.