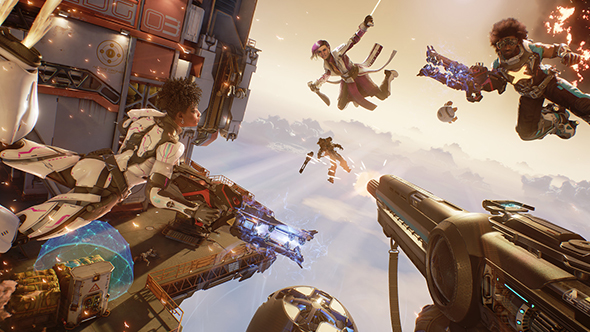 Despite positive reviews from both critics and players, LawBreakers has been suffering from a lack of interest that’s seen concurrent users dwindling since its release last month. The initial peak was just under 8,000 but the game currently hovers at an average of less than 200 players.

Nonetheless, Boss Key head Cliff Bleszinski is determined to make the shooter a success. “We certainly did make our share of mistakes with the game,” Bleszinski says in a GameSpot interview. “In spite of the mistakes, we’re going to continue to update and iterate, and the reviews do not lie.”

Those reviews include our own, which calls the game a very firm foundation. Cliff himself looks to Warframe as an inspiration, which overcame struggling player counts in its early days to find a great deal of success.

Boss Key’s current plans include a series of free updates to keep current players engaged while improving the experience for newcomers.

He also cops to the idea that his Twitter demeanor has done little to endear him to prospective players. “I can be very cocky and very brash on social media. And realising that, you know, we have a fledgling player base. It’s been very humbling for me.” He says he’ll “try to be less of a dick.”

I dunno, Cliff. Platinum’s Hideki Kamiya is an even more notorious dick on Twitter, and everybody loves him. I think you’re letting the trolls get to you on this one.

LawBreakers has an uphill battle to fight in order to rebuild its reputation, and Bleszinski rightly notes a desire “to declare something a success or a bomb by this internet culture that loves to just observe things.”

The game is already successful in that it’s a real solid shooter with some unique mechanics. Here’s hoping Cliff and the team get it in front of the right audience, because it’s a shame to see any game die.