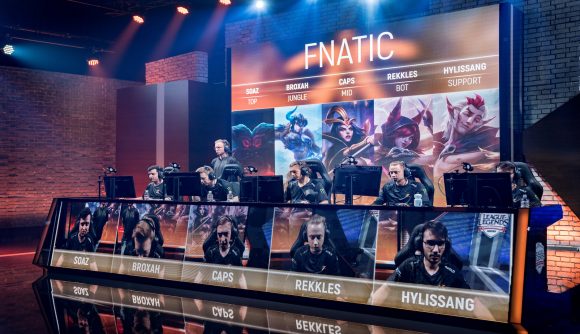 After a couple upsets this weekend, there’s only one player left with a perfect prediction score in Worlds Pick ‘Em, Riot Games’ competition to guess the results of its world championship series.

WanderingRictiq not only correctly guessed all the matches in the group stage, but they now stand alone after predicting that Cloud9, Fnatic, Invictus, and G2 Esports would advance to the semifinals.

About three million players have filled out brackets in this year’s Pick ‘Em contest, and WanderingRictiq stands to win five ultimate League skins if their predictions for rest of the tournament bear out. The ultimate skins are for Elementalist Lux, Spirit Guard Udyr, Pulsefire Ezreal, Gun Goddess Miss Fortune, and DJ Sona.

Invictus Gaming’s 3-2 win over kt Rolster seems to have knocked a lot of top pickers out of contention during the latest round of matches. However, a good number of players picked Fnatic over Edward Gaming.

The knockout round was where the number of perfect picks dropped to one last year, too, with a single player remaining after Samsung Galaxy defeated Longzhou.

The next match in the tournament will be be between G2 Esports and Invictus Gaming, who square off Saturday, October 27, at 4:00 a.m. EDT. Cloud9 and Fnatic will face each other the next day, also at 4:00 a.m. EDT.