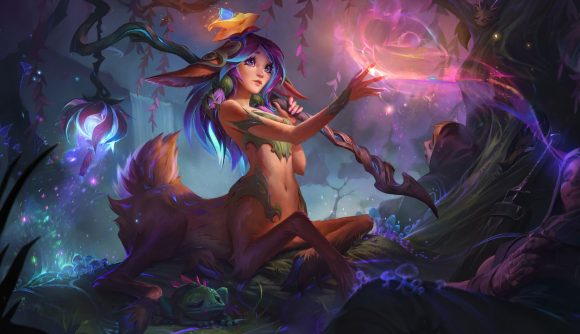 July 7, 2020 It’s official – Lillia, the Bashful Bloom, is the next League of Legends Champion!

Way back at the beginning of 2020, League of Legends developer Riot Games revealed its flagship MOBA game would get two new Champions in big summer event this year. One was teased as a Jungler Champ to “fawn” over, tying into the “blossom”-ing seasonal event. Following months of rumours and hints about who this might be, we’ve now got our answer –  Lillia, the Bashful Bloom, is the game’s new Champ.

The news has arrived via the official League of Legends Twitter channel, in which Riot shares the Champ’s first artwork – Lillia’s splash art. The same image appeared earlier this week via some leaks online, but it wasn’t confirmed until just now. You can take your very first look at Lillia below.

The news comes alongside an accompanying clip on Twitter that teases, “With the arrival of the Spirit Blossom Festival, a magical fawn musters the courage to venture out and uncover the mystery behind her ailing forest.”

Here’s a breakdown of Lillia’s abilities (via Riot Games here and the PBE via Surrenderat20 here): 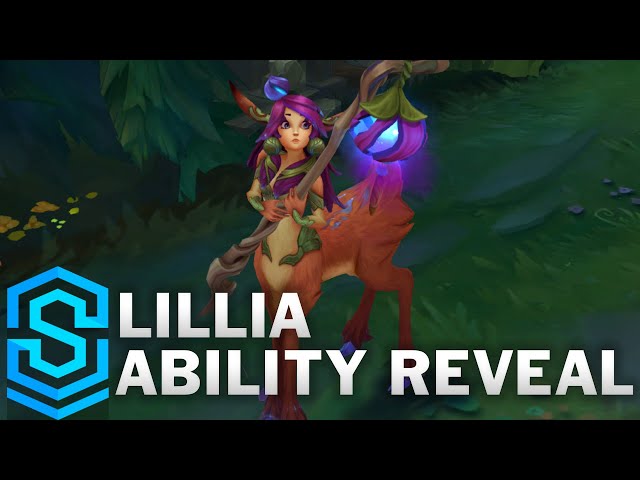 On Lillia’s new biography page, just now online, the Champ’s lore says: “Taking up her branch, Lillia left the garden and entered the world of humans—a world she had always wanted to know, but one that frightened her now more than anything. It was so unlike what she understood.

“Hiding just out of sight, Lillia now helps people’s dreams be born, drawn forward by glimpses of who they could be, and by what may be trapped beneath their tangles. By helping humans realise their deepest wishes, Lillia realises her own, the bud on her head blooming as she is filled with joy.

With the arrival of the Spirit Blossom Festival, a magical fawn musters the courage to venture out and uncover the mystery behind her ailing forest. pic.twitter.com/XZBHD9uVir

“Though darkness may be encroaching on Ionia once more, it is but a mask, and beneath it lies the familiar sparkle of hope. Only by braving the world, and braving herself, can Lillia hope to untangle its burls.”

Lilia’s kit is clean and simple in its design, but her pattern is very unique and nuanced which we think makes her very difficult to master. Dancing (prancing) around your enemies is both challenging and fun.

Reminds me a lot of one of my favorites – Singed.

In the meantime, check out the LoL patch 10.14 notes to find out what is on the way to the game later this very week.