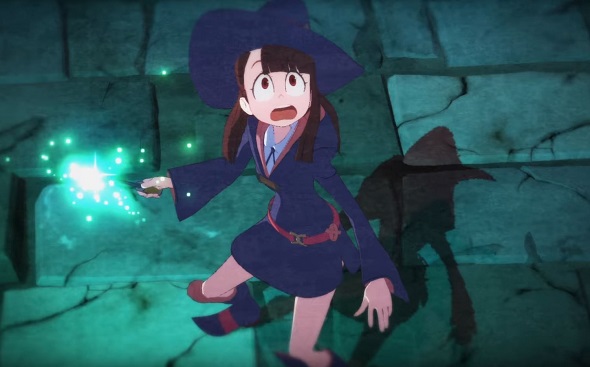 One of the (few) edges our PlayStation-playing friends have over us PC gamers is their access to weird anime games. So it’s nice to see that Little Witch Academia: Chamber of Time is set to launch on PC May 15 alongside the PlayStation 4.

If you’re into Little Witch, check out our list of the best anime games on PC.

Bandai Namco describe Little Witch Academia: Chamber of Time as a “3D action JRPG beat ‘em up” based on the Netflix-exclusive anime series of the same name. The story bears more than a passing resemblance to the Harry Potter series – you play as “ordinary girl” Atsuko Kagari as she begins her enrollment at the Luna Nova Magical Academy and you’ll have to balance teen angst with a strange magical event and your own developing powers. Presumably, you’ll also learn about the value of friendship along the way.

Fans of the show may want to check out Sam Foxall’s coverage on the game from back in December.

I’m as much of an anime skeptic as your dad probably is, but come on, look at this thing. The trailer isn’t super helpful in terms of letting you know what the game is actually like, but the style definitely pops and I have to admit, it’s charming.