The joy of roguelike games is usually tied to the notion that you never really know what you’re going to be up against each time you set out on a run. The map changes, enemies are in different places, and you don’t know what gear you’ll find on your journey. With Loop Hero, you know exactly what you’ll be facing, because you’re in charge of just about everything that happens. It’s a roguelike game where you’re the dungeon master, and it’s brilliant.

The setup is thus: you’ve been caught in a time loop caused by a meddling lich, who has plunged the entire world into chaos and darkness. Nothing remains, even memories have been erased, and it’s up to you to piece things back together, one step at a time. Before you is a loop of road, styled in a Commodore 64-era aesthetic, and all you’ve got to do is walk around the track.

Well, that’s all the hero has to do. You, on the other hand, are in charge of making that journey interesting. Each encounter on the track will earn you cards and gear. Your plucky hero will use the gear to boost their stats, while the cards can be placed around the screen to add mountains, meadows, spider dens, and vampire mansions – all of which shape the way each trip around the loop plays out.

Essentially, you’re being given the job of a D&D dungeon master, or perhaps more accurately, a game designer. The idea is to give your hero, who trudges around the track without any input from you, the correct amount of challenge. Make the trip too easy, and they won’t have gained enough experience and equipment for the boss who appears after a certain number of loops. Add too much resistance and, well, the journey abruptly ends. 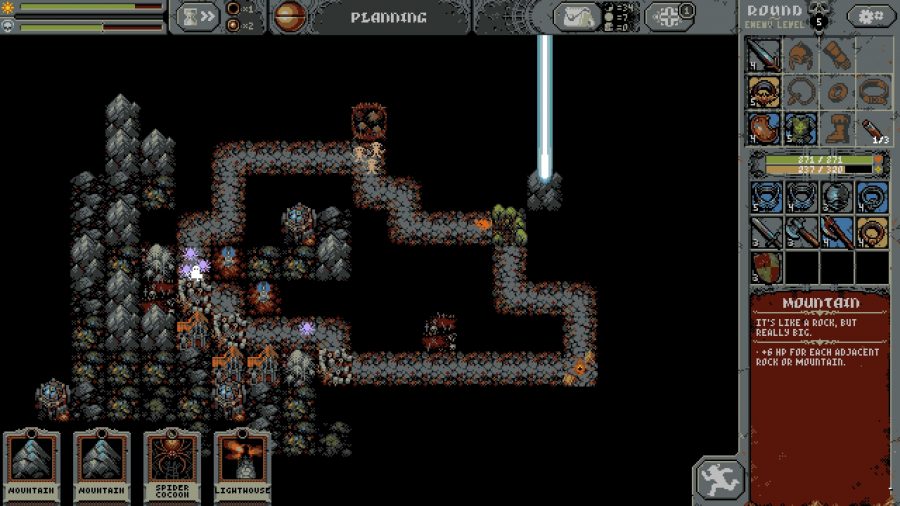 However, you’ll still run into surprises – certain cards interact with others in ways you’ll have to discover for yourself, and these synergies lead to new encounters and new monsters, and can ultimately give you access to new cards and gear.

That sense of discovery, along with a story that’s filled in a little more each time you return to your upgradeable settlement, helps keep Loop Hero from feeling as repetitive as it might otherwise.

Each run is a resource-gathering mission, as you’ll be collecting raw materials to use for upgrades to your camp, and if things get too hot out there, you can bail If you make it back to the starting point on a loop you keep everything, but if you duck out early, you lose a chunk of your hoard. Even dying won’t leave you empty handed – you’ll wake up back in your settlement, along with 30% of whatever you gathered on that run.

Loop Hero keeps you invested without demanding your full attention

It sounds like a lot to manage, but Loop Hero is very much comfort food gaming. Watching your little pixel hero totter around the track, wandering into a grove full of rat wolves that you placed there and hoping they can make it to the village yonder, hits that sweet spot of keeping you invested without demanding your full attention. It’s a game you can play while listening to a podcast or reading the news – but while it will play itself to a certain extent, it’s never as hands-off as a true idle game.

As I’ve played Loop Hero, I’ve found that I always have a pleasant mixture of near- and mid-term goals in my head. I’m always looking at my hand of cards, scanning for opportunities to beef up the opposition in dull parts of the track. I’ve got to watch the flow of gear coming in from defeated monsters, always with an eye out for rare bits of equipment that can boost my damage output or make me harder to hit. I’m also trying to watch my hero’s health bar – where on the track is it taking dramatic hits, signaling a developing danger zone? 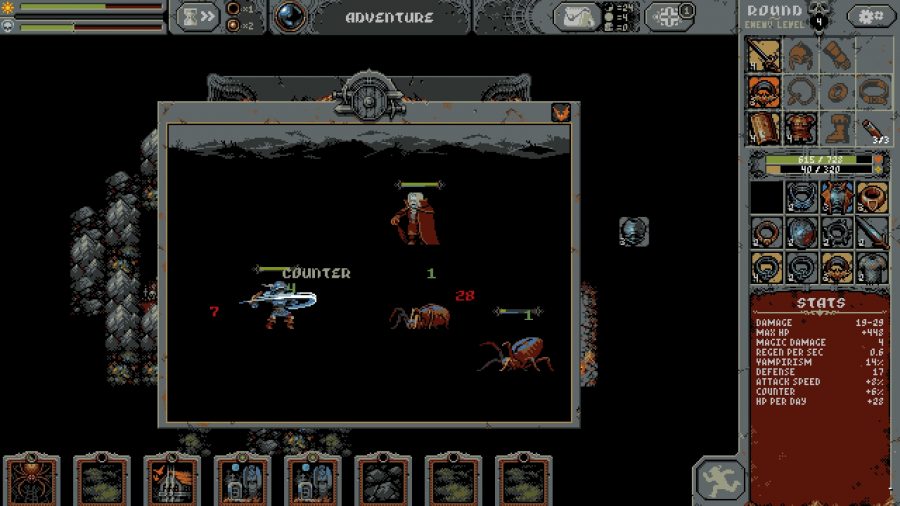 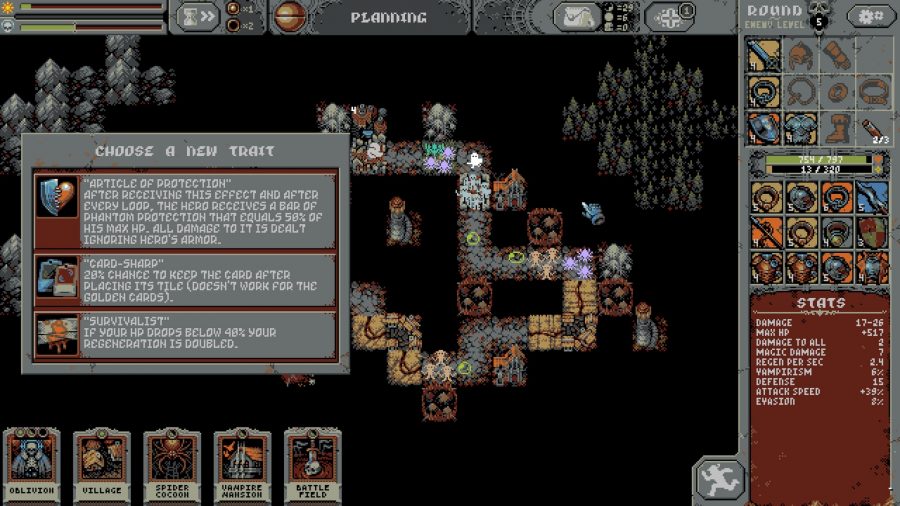 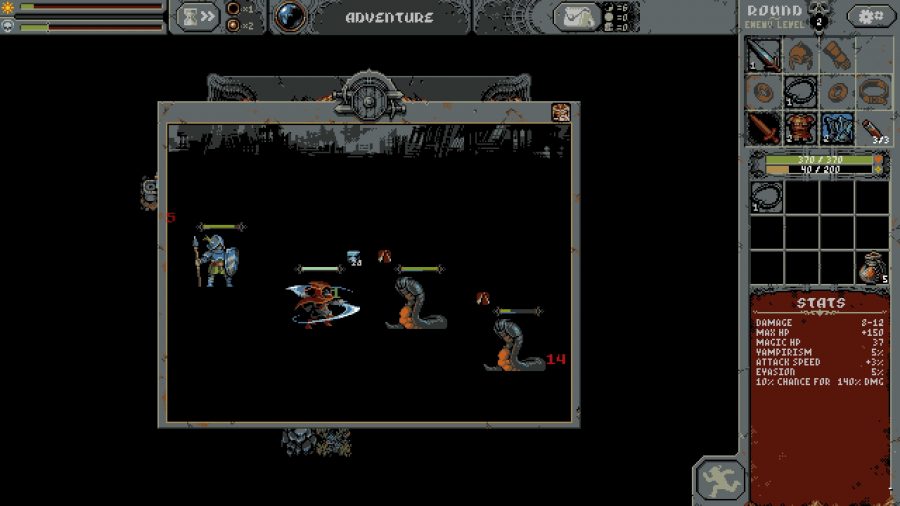 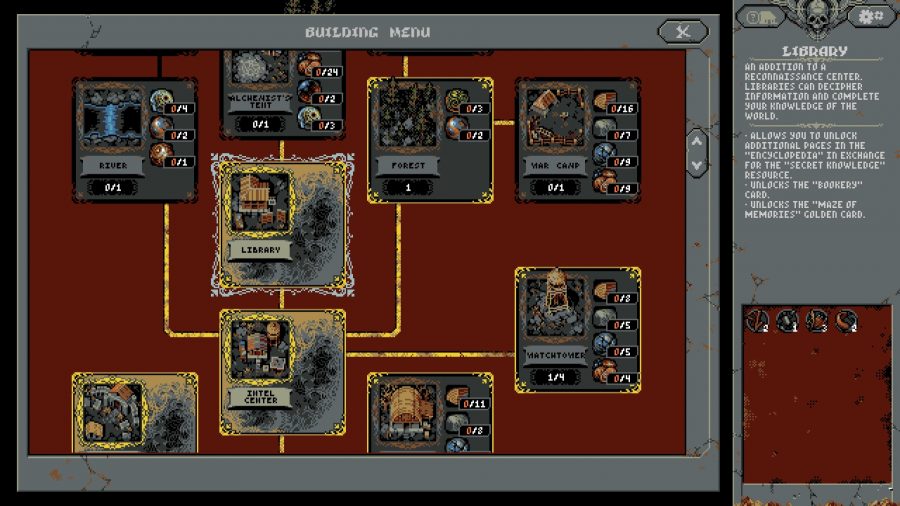 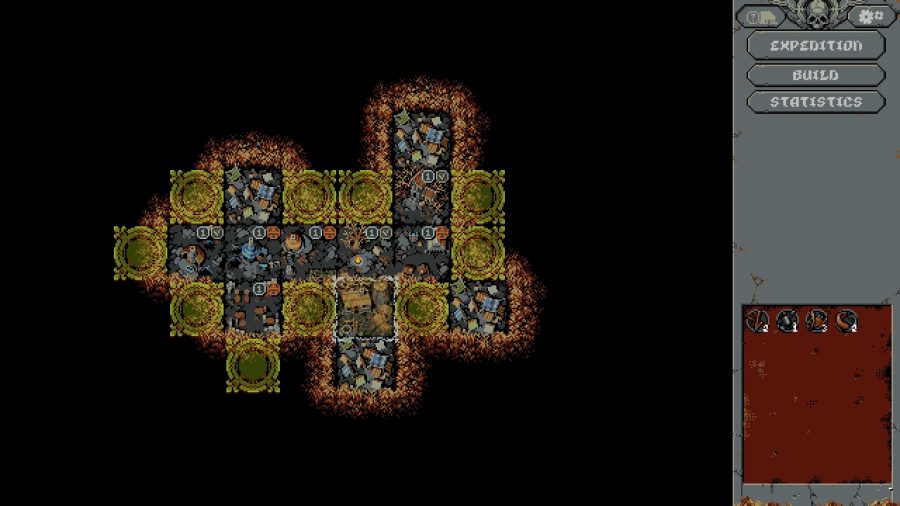 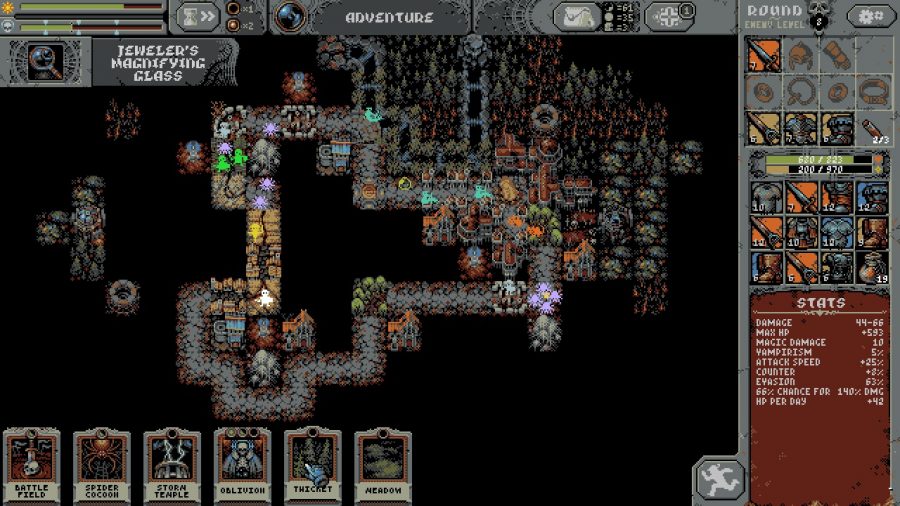 While all this is happening, I’m also enjoying watching the blackness of the world fill in, semi-organically, with tiles I’ve placed down for one purpose or another but that are now forming parts of a whole, congealing before my eyes.

The world of Loop Hero takes shape exactly as you make it, but the mixture of goals and resources make it a surprise every time you catch yourself suddenly looking at a familiar place rather than a forsaken loop of cobblestone road winding around a black screen.

Read more: Here are the best card games on PC

Developed by Four Quarters – the studio behind the delightfully surprising Please, Don’t Touch Anything – and published by Devolver Digital, expect Loop Hero to hit Steam early this year.