If you want to level up quickly in Lost Ark, the new, old MMO – then there are a few neat tricks to get your character to level 50 and reach the endgame content where you can level up to 60. For beginners just starting out in Lost Ark, the first thing you need to do is choose the best Lost Ark class for you once you’ve decided which Lost Ark server to play on.

If however, you want to reach combat level 50 quickly, then here are a few tips on getting to the endgame including how to fast travel and level up your alt characters, so you don’t have to go through the grind all over again.

How to get to level 50 in Lost Ark

The quickest and simplest way of reaching level 50 is to complete main quests. You can also skip the prologue altogether, which saves some time, though you won’t receive the Arthetinean Engineer’s Goggles as a reward for completing the prologue, but they can be traded between characters of the same class archetype in different playthroughs.

Tips and tricks: Check out our Lost Ark beginner’s guide

As you play through Lost Ark, you unlock main quests which reveal more of the story. This is the most effective way to level up, so don’t get bogged down by side quests or distracted by obtaining collectibles.

Yes, Lost Ark has some adorable mounts to traverse the different regions, but it’s best to utilise the fast travel option to complete main quests. Simply use the map to quickly fast travel around Arkesia. 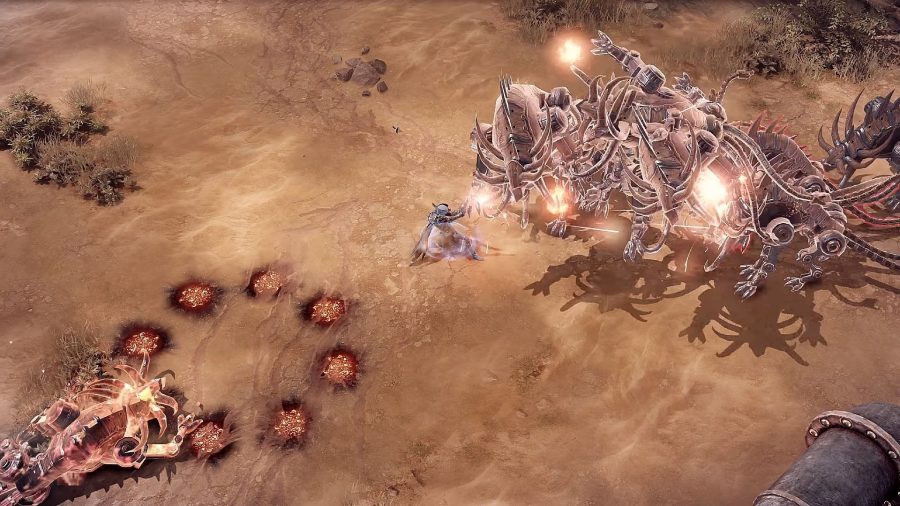 There are many, many monsters to kill on your adventure through Lost Ark’s gigantic world and while it may be tempting to hack through enemies as you go, it doesn’t generate much XP and can be hugely time consuming. We suggest only tackling enemies when a quest asks you to, so you cash in the rewards at the end. Another simpler way of taking out large swathes of enemies for a healthier boost to XP is by using AoE damage. You can also tag monsters killed by other players to complete quest objectives quickly.

While you may welcome the challenge of a hard difficulty mode, the aim here is to prioritise speed, so always choose normal difficulty. This is especially important in dungeons, as they generate the same amount of XP as the hard mode – just be sure not to rerun dungeons, as the loot obtained doesn’t change. Dungeons are also an easier method to level up if you’re playing solo, due to enemy HP scaling with a larger party size.

That’s how to level up to 50 quickly in Lost Ark. It’s also worth noting that some activities are best saved for the endgame content, like leveling up your trade skills, building in your Stronghold, or foraging for materials. On your next run, you can focus on building up your Lost Ark gold and you’ll have the time to spend chopping trees and fishing in the local lakes at your own pace.