Want to know more about Lost Ark’s PvP system? Once you’ve gone through all the hard work of leveling your Lost Ark character, it’s time to take the fight to other players in PvP combat. Battling players is considerably harder than fighting against monsters in PvE; humans are smarter, they’re stronger, and battles tend to end quickly when your opponent knows how to counter your abilities.

Unlike a lot of MMORPG games, you have to get halfway through the leveling process before you’re able to fight other players in the Proving Grounds, Lost Ark’s PvP hub. There are several game modes to pick from, as well as a ranked mode which rewards skilled players with exclusive items.

The PvP system in Lost Ark ensures no one has a competitive advantage based on their experience or equipment, making it easy for new players to jump in without having to feel out of their depth. Here’s everything you need to know about PvP in Lost Ark, including information about the rank system, seasonal rewards, and more.

Lost Ark introduces players to the duelling system early on in the game, however, this is separate to the dedicated PvP area later on. To unlock the Proving Grounds, players must reach level 26 and have access to Luterra Castle. Once you reach Luterra Castle, the questline ‘Rebuilding Luterra’ should appear in your quest journal, leading you to the arena.

We have a guide on the best Lost Ark classes for PvP and PvE if you want to take competitive play seriously. The main thing to keep in mind is that Lost Ark doesn’t have any bad classes – every class is viable as long as you work together with your team.

As for builds, players have 1,250 stat points and 340 skill points to distribute to their class before heading off into battle. You also don’t need to think about equipment as that isn’t a factor in PvP matches. 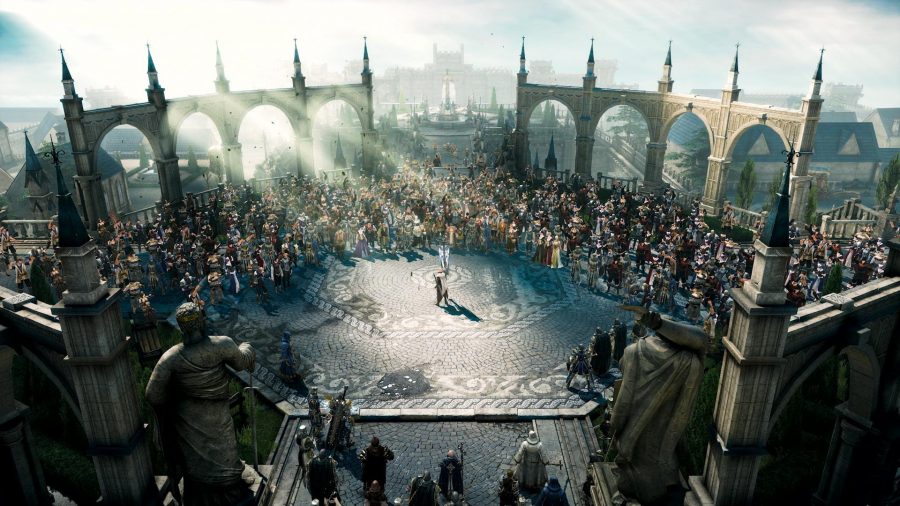 Lost Ark currently features three modes to pick from in the Proving Grounds:

While two of these modes can be played in a team, you can only play with a group of friends if you play the normal match mode. Competitive matches are restricted to solo queuing only – this way players can’t prepare their team compositions beforehand. 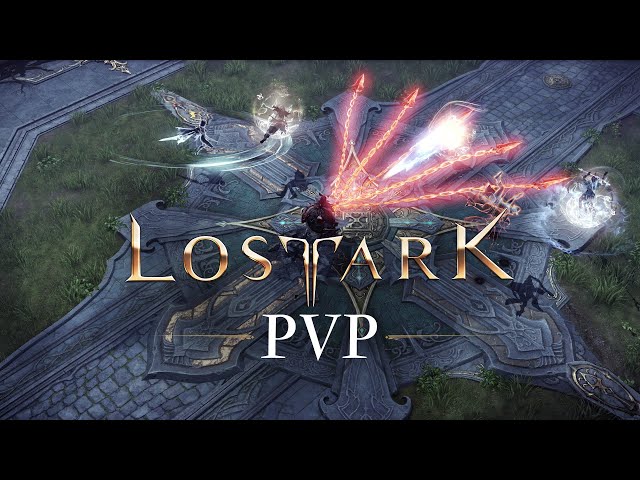 As you start to earn points in competitive matches, there are seven ranks that provide different levels of seasonal rewards depending on where you land.

Rank does decay in Lost Ark and the decaying process speeds up depending on how high your rank is. For example, if you’ve managed to scrape into Diamond rank one month before the end of the season, there’s a good chance your rank is going to slip into Platinum if you don’t continue to play.

A lot of competitive players focus their efforts on ranked play at the end of the season to limit the effects of rank decay. The very best players in Master and Grand Master are expected to play every day in order to protect their highly volatile rank. 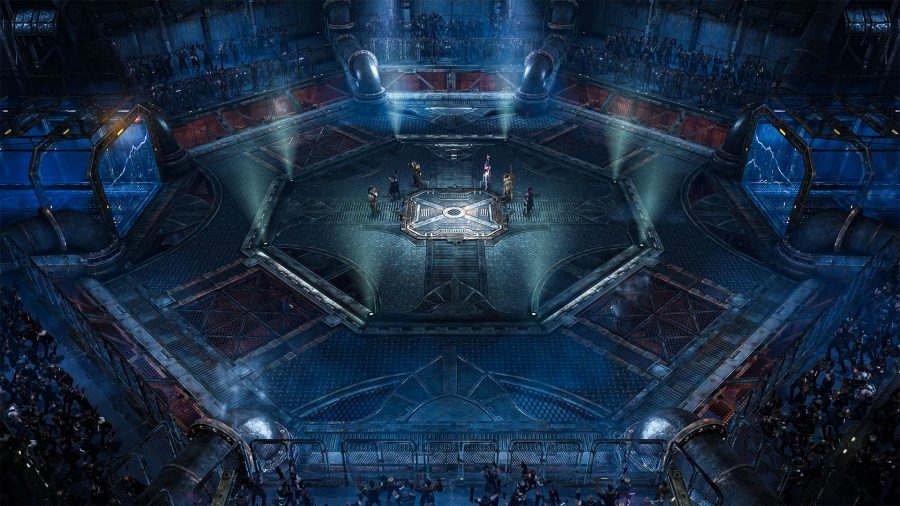 In addition to the end of season rewards, players can earn tokens which can be used to purchase valuable rewards. Coins of courage are earned by winning PvP battles and if you reach a high enough PvP level, you can earn these tokens simply by participating in matches. Be careful, coins of courage expire at the end of each season, so make sure you spend them ahead of time.

You also earn a weekly reward depending on your PvP rank – the higher you are, the more tokens you earn. Redeem courage tokens by heading to the Quartermaster, where you can exchange your hard earned tokens for guild-related items, upgrade materials for PvE gear, and experience point elixirs. In addition to this, there are exclusive titles, mounts, and auras that can only be unlocked by PvP players.

As mentioned earlier, Lost Ark features a rank system which handles each player’s matchmaking rating, and a rank points system. The rank points system rewards players every week for participating in competitive matches. The amount of points earned depends on whether you win or lose, but your total rank points cannot decrease. After one week, this total number of points resets, allowing you to build your rank all over again.

Here are the current rank point titles in Lost Ark:

This system allows a player in Bronze or Silver to slowly accumulate enough points to reach Marshal rank, the highest available in the ranked points system. Players are rewarded for the amount of time they put in, not necessarily how skilled they are in competitive matches.

And that’s everything there is to know about the ranked system in Lost Ark. If you’re currently in the middle of leveling alt characters, you may be interested in our Lost Ark Power Pass guide to help speed up the process. We also recommend checking out our Lost Ark gold guide if you need to earn a quick buck.