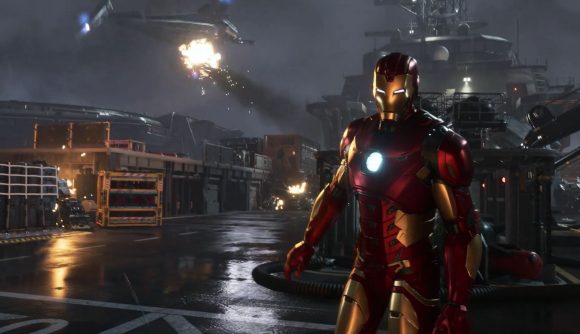 The big news about Marvel’s Avengers upcoming March 18 update isn’t that it’s adding Hawkeye and an operation to go with him, but that the superhero game’s already grindy endgame is getting even grindy-er, thanks to a planned rework to the XP system that’s coming along with the patch. This has caused some consternation among fans, and now developer Crystal Dynamics has explained the logic behind the move.

As Crystal Dynamics sees it, the problem with the leveling system as it is now is that at high, endgame levels, players can fairly easily gain one or two levels per 20-minute mission in the endgame, resulting in skill points coming in too fast. That meant players felt they had to assign points before they could dig in and analyse the upgrades available to them, and pick the skills that worked with their playstyles best.

“We want people to level up,” Crystal Dynamics’ community manager says on the game’s subreddit, which Eurogamer spotted. “Our initial blog was not comprehensive enough to convey what we were doing and why… so we caused confusion… we get it.”

With the level grind curving upward a bit on the high end, the developers hope to see more players leveling up more characters. “Playing the full Avenger roster should be the most fun thing you can do, but we don’t want the leveling up experience to be too overwhelming or diminish exploring each skill purchase”, the studio says.

The end result is indeed more grind – “around 3-5 hours to reach the maximum level” per character, Crystal Dynamics says. That extra time, it reckons, will give players more of a chance to get used to each new skill purchase prior to being prompted to select new ones.

Not everything in the upcoming patch slows you down, however – more powerful enemies are going to grant bonus XP going forward, so you’ll have extra incentive to take on those challenges when the update arrives.

“Hopefully, this clears things up and offers a better vision of what we’re doing with the XP change, and we’ll work better to make things clearer when we share this sort of information,” the studio says.